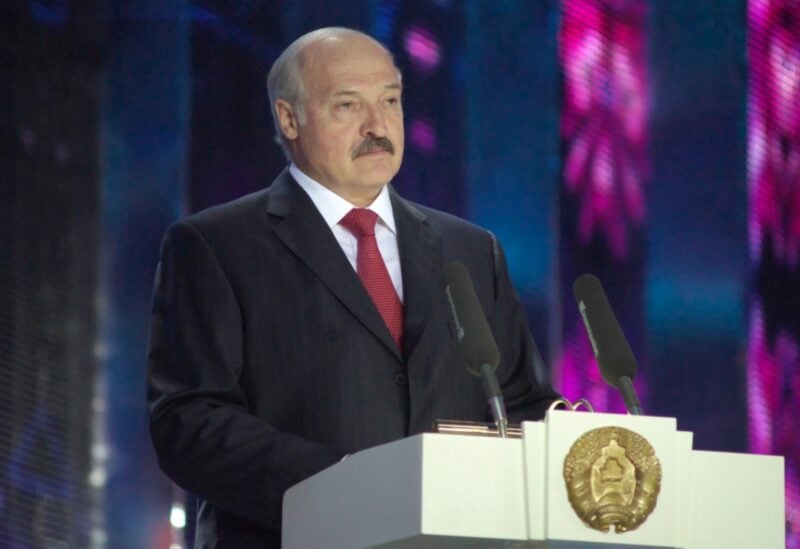 Belarusian President Alexander Lukashenko warned on Monday that military exercises involving soldiers from NATO member countries in Ukraine will be met with a combined response from Belarus and Russia.

Lukashenko, who did not provide specifics on the reaction, also blamed the West for a coming humanitarian disaster this winter, claiming that migrants were left stranded and cold on the Belarusian-Polish border.

Ukraine is not a member of the North Atlantic Treaty Organization, but it has long sought deeper integration with Western armies in the hopes of joining the alliance in the future, a move that Belarus’ main ally, Russia, opposes.

Last week, Ukraine launched joint military exercises with forces from the United States and other NATO members, while Russia and Belarus conducted large-scale training that frightened the West.

Lukashenko claimed he spoke with Russian President Vladimir Putin multiple times about the situation in Ukraine, and the Kremlin said on Monday that the buildup of NATO military facilities in Ukraine had crossed a red line for Putin.

“They’re pulling NATO troops to Ukraine, as you can see. They are erecting bases under the pretense of training centers. The US is establishing bases in Ukraine. It is obvious that we must respond to this “Lukashenko made the remarks during a meeting with officials in Minsk’s presidential palace.

“The Russian president and I have held and are holding consultations on this issue and have agreed that some action should be taken there. Otherwise, tomorrow we will have an unacceptable situation right on the border between Belarus and Russia.”

Relations between Belarus and the West have deteriorated since Lukashenko cracked down on mass protests following a disputed election in August 2020, triggering U.S., European Union and British sanctions but support from Moscow.

Belarus and its EU neighbors have also traded blame over the plight of migrants. The EU has accused Minsk of encouraging migrants, mainly from Iraq and Afghanistan, to cross the borders in retaliation for the sanctions.

Three migrants died on the Polish side of the border and one more just inside Belarus this month. A fifth death – of an Iraqi man on Poland’s side of the border, from a suspected heart attack, was reported on Friday.

“Yes, we dressed them, we brought them some firewood and some shawls. But they would freeze in winter,” Lukashenko said.

“In short: it’s a humanitarian catastrophe on the border.”