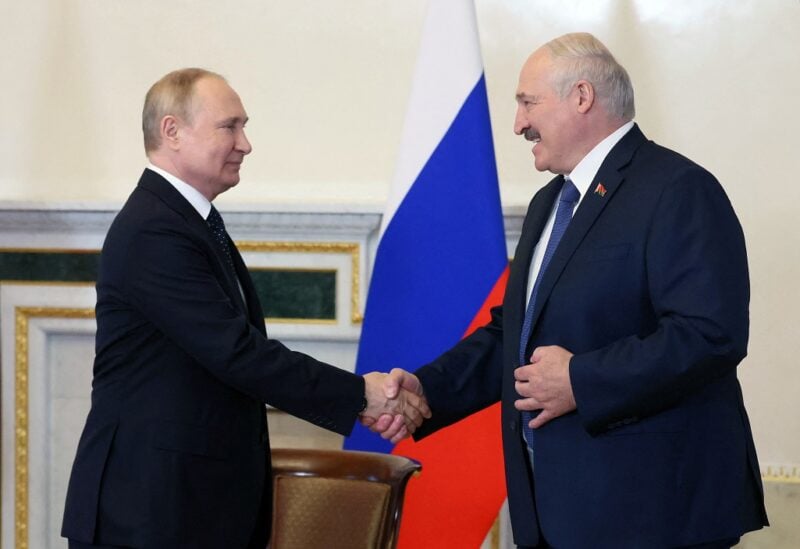 Responding to what he called an aggravation of tension on the country’s western borders, Belarusian leader Alexander Lukashenko said Belarus and Russia will deploy a joint military task force, the state-run Belta news agency reported on Monday.
Lukashenko said the two countries would deploy a regional military group, and had started pulling forces together two days ago, apparently after the explosion on Russia’s bridge to Crimea.
Russian forces used Belarus as a staging post for their Feb. 24 invasion of Ukraine, sending troops and equipment into northern Ukraine from bases in Belarus.