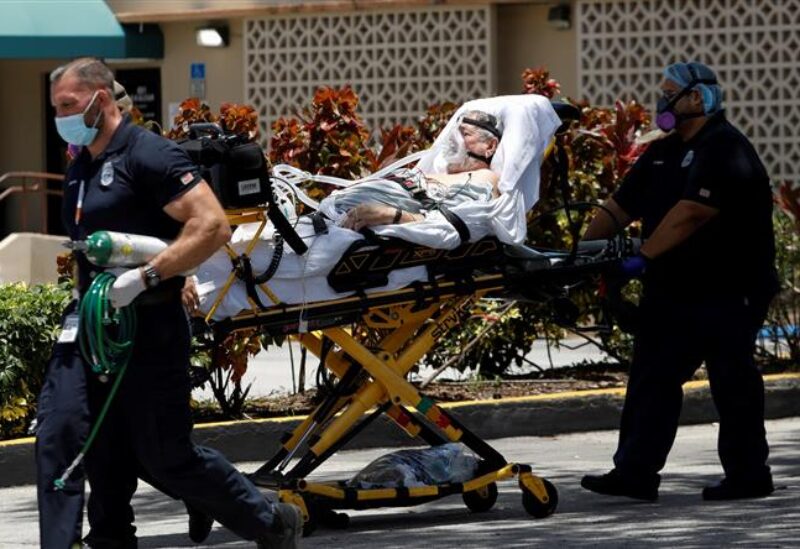 The United States on Monday crossed the staggering milestone of 500,000 COVID-19 deaths just over a year since the pandemic claimed its first known victim in Santa Clara County, California.

In a proclamation honoring the ones who lost their lives, President Joe Biden ordered the US flag to be flown at half-staff on public buildings and grounds until sunset on Friday.

“On this solemn occasion, we reflect on their loss and on their loved ones left behind,” Biden said in the proclamation. “We, as a Nation, must remember them so we can begin to heal, to unite, and find purpose as one Nation to defeat this pandemic.”

Bells tolled at the National Cathedral in Washington to honor the lives lost – ringing 500 times to symbolize the 500,000 people who died.

“As we acknowledge the scale of this mass death in America, remember each person and the life they lived,” the US president said in a somber speech at the White House after the bells sounded.

“The son who called his mom every night just to check in. The father, the daughter who lit up his world. The best friend who was always there. … The nurse who made her patients want to live.”

The country had recorded more than 28 million coronavirus cases and 500,264 lives lost as of Monday afternoon, according to a Reuters tally of public health data, although daily cases and hospitalizations have fallen to the lowest level since before the Thanksgiving and Christmas holidays.

Nearly 19% of total global COVID-19 deaths have occurred in the United States, an outsized figure given that the nation accounts for just 4% of the world’s population.