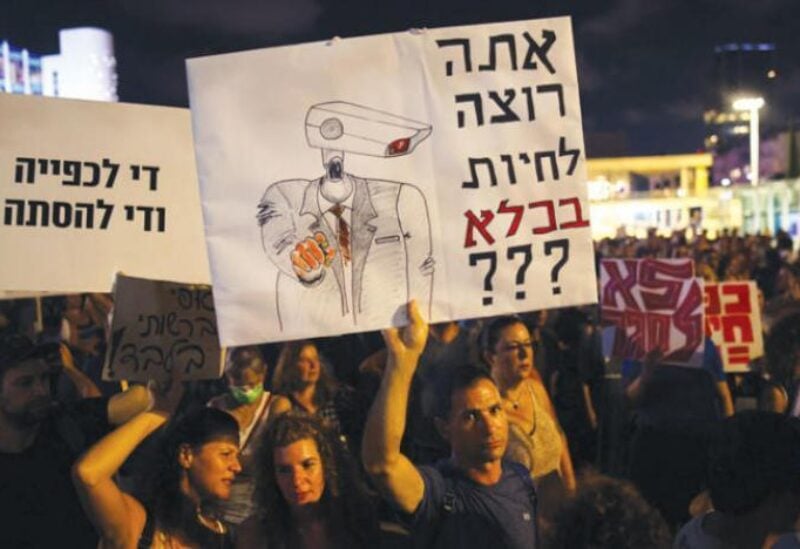 The channel said that Gantz has spoken to Abbas twice since the current government’s formation and agreed with him to meet soon. But Bennett disagreed, leaving Gantz disappointed.

It quoted him as saying: “The meeting with Abbas, in these circumstances, is of great importance in promoting and strengthening security cooperation.”

Sources close to Bennett revealed that officials in the Yamina party expressed their fears that the resumption of direct dialogue with the Palestinian Authority, and other demands of the Biden administration regarding the Palestinians, would lead to the collapse of the government coalition.

They told Israel Hayom newspaper that party officials expect the US administration to present several demands after approving the general budget next November.

The sources added that Washington accepted the Israeli government’s request to wait until the budget is approved.

They indicated that passing the draft budget in the Knesset will be the most critical test of the stability of the cabinet. If passed, the government will complete its mandate, and then it will be easy to take unpopular decisions, such as resuming relations with the PA.

The eight parties of the government coalition agreed that it should focus on economic and social issues, including the coronavirus pandemic, rather than being preoccupied with major political issues.

Back then, Bennet said he will not meet the demands of the right-wing parties in the government, including the Yamina party, to annex the Jordan Valley and impose Israeli sovereignty over the settlements.

In addition, the goals of the left parties, such as Labor and Meretz, and that of the Islamic movement to freeze settlement construction and relaunch negotiations based on a two-state solution will not be achieved, according to Bennet.

According to government sources, the US administration does not want to impose de facto measures that sabotage the two-state solution.

They explained that decisions to expand settlements in the West Bank by establishing new neighborhoods or converting outposts into permanent settlements are de facto measures.

Last Friday, US media published statements by a senior official in the State Department in Washington, commenting on the government’s intention to approve 2,300 residential homes in settlements and about 900 Palestinian homes throughout the West Bank.

The US official considered these projects a violation of the two-state solution and called on the Israeli and Palestinian sides to refrain from unilateral decisions and measures entirely.