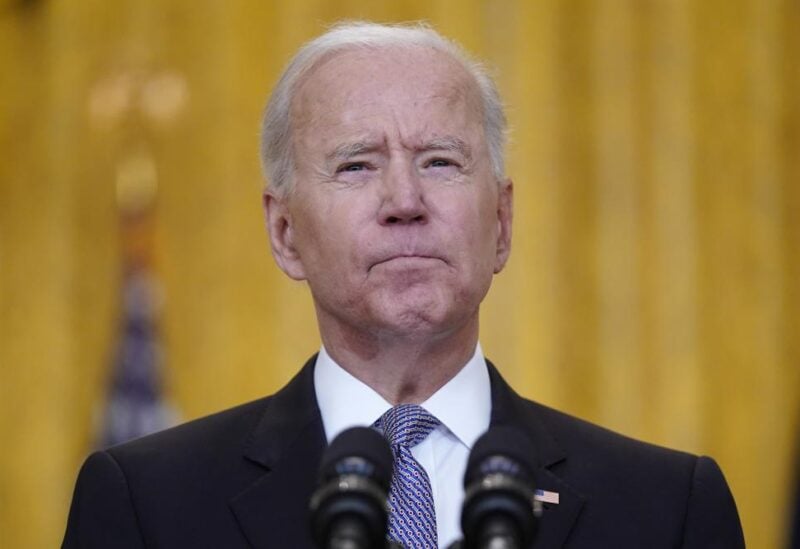 President Joe Biden’s visit this week in an English beach resort with leaders of the G7 top industrial economies will launch in a new focus on rallying US partners against common foes like the COVID-19 pandemic, Russia, and China.

Climate change, bolstering global supply lines, and ensuring the West keeps its technical edge over China, the world’s second-largest economy, will loom large during the conference from Friday to Sunday, with new COVID-19 strains and growing mortality tolls in some countries.

Biden, a Democrat, vowed to rebuild relations with allies after four rocky years under former President Donald Trump, who pulled Washington out of several multilateral institutions and threatened at one point to quit NATO.

“In this moment of global uncertainty, as the world still grapples with a once-in-a-century pandemic, this trip is about realizing America’s renewed commitment to our allies and partners,” Biden wrote in an opinion piece published by the Washington Post on Saturday.

The gathering will put Biden’s “America is back” motto to the test, with allies disillusioned during the Trump years looking for tangible, lasting action.

It is a pivotal moment for the United States and the world, former British Prime Minister Gordon Brown said on CNN on Sunday.

“Is international cooperation going to be restored or are we still in this world where nationalism, protectionism and to some extent isolationism are dominating?” Brown asked.

Russia will be at the forefront of attention at the G7 summit in Cornwall, England, and the days afterward when Biden meets with European leaders and NATO allies in Brussels, before heading to Geneva to meet Russian President Vladimir Putin.

The recent ransomware attack on JBS, the world’s largest meatpacker, by a criminal group most likely based in Russia, as well as Putin’s financial support for Belarus after it forced a Ryanair flight to land so it could arrest a dissident journalist on board, are prompting US officials to consider tougher measures.

Biden is also slated to meet with Turkish President Tayyip Erdogan on the sidelines of the NATO summit, a vital meeting between the NATO allies after Ankara’s purchase of Russian defense equipment enraged Washington and threatened to drive a wedge between them.

On Saturday, G7 finance ministers secured a historic global agreement to set a minimum global corporate tax rate of at least 15%, possibly affecting internet giants such as Alphabet Inc’s, Google, Facebook Inc, and Amazon.com Inc. In Cornwall, Biden and his counterparts will give the deal their final approval.

As the global pandemic death toll approaches 4 million, the Biden administration, which announced plans to contribute 80 million doses of COVID-19 vaccines by the end of June, is relying heavily on allies to follow suit, according to US and diplomatic sources.

To the consternation of Germany and the United Kingdom, Washington reversed direction last month and endorsed negotiations at the World Trade Organization for waivers of intellectual property laws to expedite vaccine manufacturing in poorer countries.

European diplomats say they see little common ground on the issue, and argue that any WTO compromise would take months to finalize and implement. That may prove a moot point if sufficient vaccine doses are shared with developing countries to slow – and eventually halt – the pandemic.

Biden announced plans in May to require U.S. government contractors and financial institutions to be more transparent about the climate change risks faced by their investments, and administration officials are pushing other countries to adopt similar plans.

The UK also wants governments to require businesses to report such risks as a way to boost investment in green projects. But agreement on a way forward is unlikely to come in June. A deal could emerge at a U.N. climate summit in Glasgow, Scotland, in November.

G7 countries also have different views on carbon pricing, which the International Monetary Fund views as a key way to curb carbon dioxide emissions and reach net-zero emissions by 2050.

Even as it attempts to preserve Beijing as an ally in the fight against climate change, the Biden administration will urge partners to unify against China on charges of forced labor in Xinjiang province, home to the Muslim Uighur minority.

G7 leaders are expected to embrace strong wording on the subject of forced labor, according to sources following the conversations. China denies all allegations of human rights violations in Xinjiang.