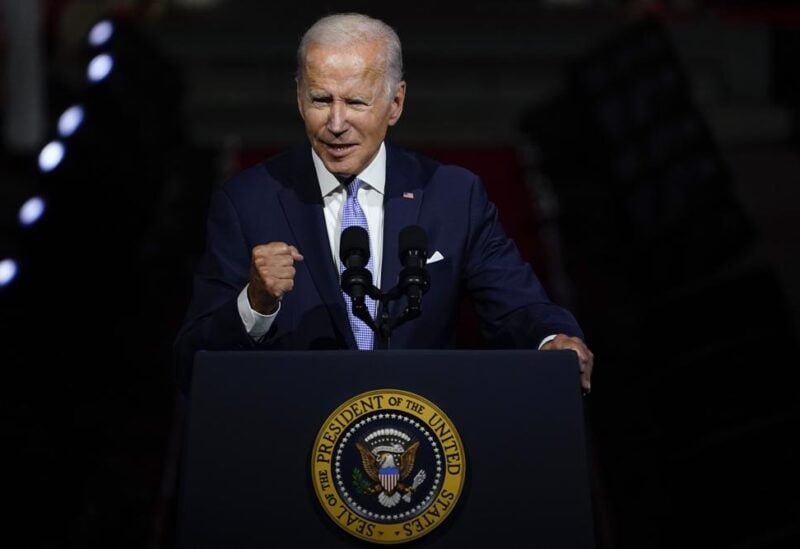 President Joe Biden speaks outside Independence Hall, Thursday, Sept. 1, 2022, in Philadelphia. Biden is making his third trip to Pennsylvania in less than a week and returning just two days after his predecessor, Donald Trump, staged his own rally there, illustrating the battleground state's importance to both parties as Labor Day kicks off a nine-week sprint to crucial midterm elections. (AP Photo/Matt Slocum, File)

On Thursday, US President Joe Biden voiced dissatisfaction in OPEC+ nations’ announced intentions to curb oil supply and indicated the US was considering alternatives.

Despite that choice, Biden said he did not regret his summer trip to Saudi Arabia, which he described as a Middle East-focused tour.

On Wednesday, OPEC+ agreed to substantial cutbacks in oil output, reducing supplies in an already tight market and boosting the prospect of higher gasoline prices just before the November midterm elections, when Biden’s Democrats are defending their control of the House of Representatives and the Senate.

“We’re looking at what alternatives we may have,” Biden told reporters at the White House when asked about the OPEC decision.

“There’s a lot of alternatives. We haven’t made up our minds yet,” he said.

Asked if he regretted his decision to go to Saudi Arabia, Biden said that trip was not essentially about oil.

“The trip was about the Middle East and about Israel and … rationalization of positions,” he said. “But it is a disappointment,” he added of the OPEC+ decision, and indicates problems.