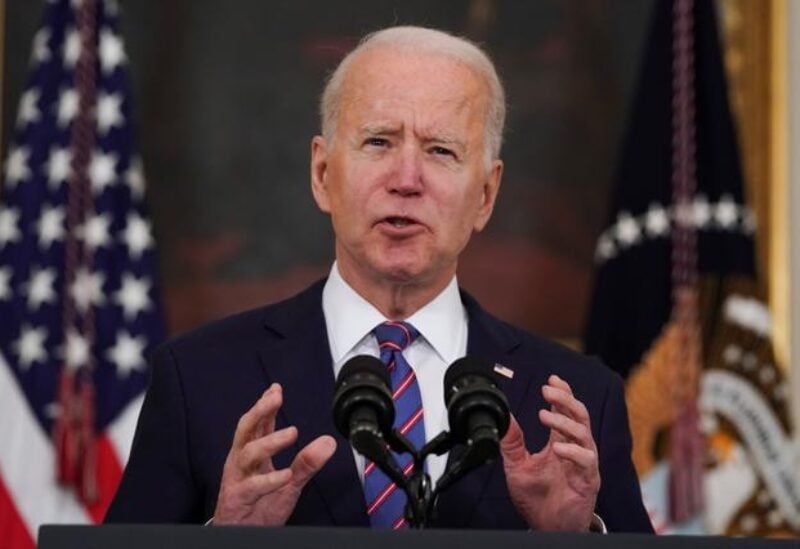 President Joe Biden on Monday defended his proposal to increase corporate taxes to help pay for a big boost in U.S. infrastructure spending, saying he is not at all worried the tax hike would harm the economy.

Speaking to reporters after arriving back in Washington after a weekend at the presidential Camp David retreat in Maryland, Biden also said there was “no evidence” his proposed corporate tax increase would drive companies away from the United States.

The Democratic president once again took aim at the 50 or 51 corporations on the Fortune 500 list that paid no taxes at all for three years, saying it was time for them to pay their share.

Asked if raising the corporate tax rate to 28% from 21% would drive away corporations, Biden said, “Not at all … there’s no evidence of that.”

Biden’s predecessor, former President Donald Trump, and Republican lawmakers cut the corporate rate from 35% to 21% in 2017. Trump repeatedly promised to tackle the nation’s crumbling infrastructure during his presidency but never delivered on that.

Biden said other countries were investing billions and billions of dollars in infrastructure, and the United States needed to do so to boost its competitiveness.

Biden pushed back at Republican criticism that the president’s $2.3 trillion American Jobs Plan is filled with items that are unrelated to infrastructure.

He listed clean water, school and high-speed rail as key items that also counted as infrastructure, in addition to more traditional projects such as bridges, highways and roads.

Energy Secretary Jennifer Granholm on Sunday said Biden would prefer to secure Republican backing for his plan, but if that failed to happen, he would likely support using a procedural strategy called reconciliation to allow Democrats to pass it in the Senate.

Senate Republican leader Mitch McConnell said last week that Biden’s infrastructure plan was “bold and audacious” but would raise taxes and increase debt. He vowed to fight it “every step of the way.”