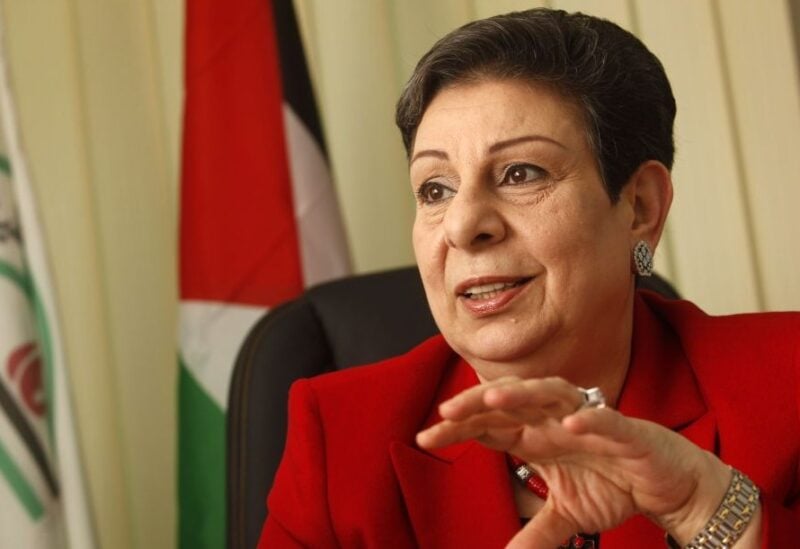 During an interview with the Ray Hanania Radio show — sponsored by Arab News and broadcast in the US — on Wednesday, Ashrawi said that Biden will most likely keep the most contentious changes, such as the US recognizing Jerusalem as Israel’s capital, and moving its embassy from Tel Aviv to the city, in place.

Ashrawi said she resigned from her role as the official spokesperson for the Palestinian delegation to the Middle East peace process, which began with the Madrid Peace Conference of 1991, in order to make room for a younger generation to take over, and has no plans to run for any office in the May 22 Palestinian elections.

“No thank you. I have been running for office since I was in the General Union of Palestine Students as an undergraduate,” she said. “I ran for every office, whether it was for legislative council and until the executive committee of the PLO (Palestine Liberation Organization) which is the highest political body.

“I just resigned at the end of 2020 because I felt we needed to make room for the younger generation for young men and women, and because I was calling for reform. We do need to change … within our own body politic and within our system, we do need to intervene, and reform.”

She said not to expect Biden to undo many of the things that Trump did while in office, though, other than a few issues such as returning badly needed US funding and expanded discussions with the administration on economic needs and pursuing the two-state solution.

“Unfortunately, the Biden administration seems to think they can just do a few symbolic gestures, give us a few handouts … $15 million for coronavirus relief. Of course, we spend much, much more than that. Actually, the occupation costs us $10 billion a year in terms of what (Israel) steals from us.”

Making history as the first woman to hold a seat in the highest executive body in Palestine, Ashrawi was elected as member of the Executive Committee of the PLO in 2009 and most recently in 2018.

Ashrawi said that despite the increasing challenges facing Palestinians, the only real goal is to end the occupation.

“Remove the occupation. What we need is to get rid of this illegal, cruel, unacceptable, unconscionable condition where one country has absolute rights over a whole nation — our lands, our resources, our air space, our waters, our borders, our lives,” she said. “Israel devalues, dehumanizes Palestinians and Palestinian lives and gets away with it.

“The moment you address the issue of Israeli impunity and preferential treatment, and address the issue of Palestinian vulnerability and the need for real protection, we are not asking for anything else. That is what is needed: To understand there has to be parity. There has to be equality, and … the law has to prevail. This strategic alliance with Israel is not only unholy but it is extremely destructive.”