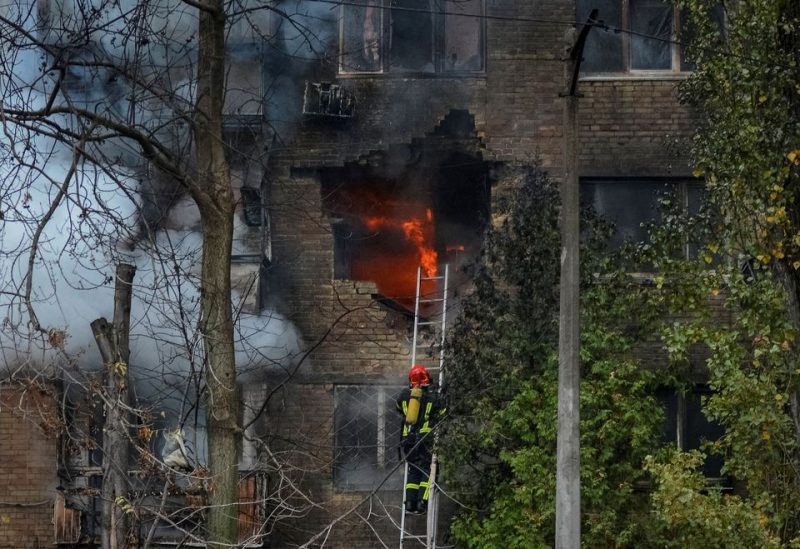 Firefighters work to put out a fire in a residential building hit by a Russian missile strike, amid Russia's attack on Ukraine, in Kyiv, Ukraine November 15, 2022. REUTERS

Tuesday’s explosion in a Polish village close to the Ukrainian border claimed the lives of two people, according to firefighters. NATO partners are looking into unconfirmed accusations that errant Russian missiles were to blame for the incident.

The explosion happened during Tuesday’s missile attacks by Russia that Kyiv described as the worst wave of strikes nearly nine months into the Russian invasion. Some struck Lviv in western Ukraine, which is within 49.7 miles (less than 80 kilometers) from the Polish border.

Poland is a member of the U.S.-led Western military alliance NATO, which is committed to collective defence, and the possibility that the Polish explosion resulted from an intentional or accidental Russian strike raised alarm.

A NATO official said the alliance was looking into the reports and closely coordinating with Poland.

The Associated Press cited a senior U.S. intelligence official as saying the blast in the eastern Polish village of Przewodow was caused by Russian missiles crossing into Poland.

In Washington, the Pentagon and the U.S. State Department said they could not confirm Russian missiles had landed on Polish territory.

Russia’s defence ministry denied reports that Russian missiles had landed in Poland, describing them as “a deliberate provocation aimed at escalating the situation”.

Senior officials from Germany, Norway, Lithuania and Estonia – all NATO members – said they were trying to glean more information together with Poland and other allies.

“This is a very serious incident but much remains unclear,” Norwegian Foreign Minister Anniken Huitfeldt said.