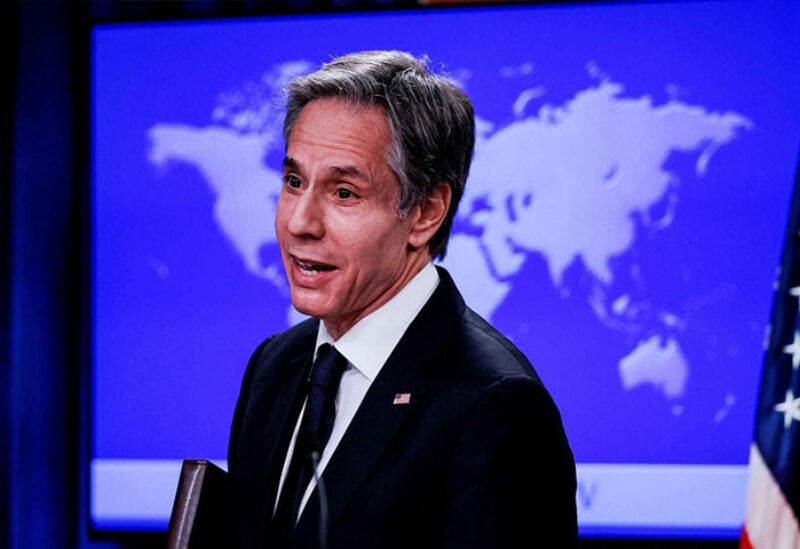 The State Department said on Sunday that the U.S. Secretary of State Antony Blinken discussed in phone calls with the Qatari, Egyptian and Saudi foreign ministers, the violence in Israel, the West Bank and Gaza.

Blinken and Qatar’s Sheikh Mohammed bin Abdulrahman Al-Thani discussed “efforts to calm tensions in Israel and the West Bank and Gaza in light of the huge loss of civilian life”, the State Department said.

The Qatari Foreign Ministry said in a statement that the two officials discussed “the recent Israeli attacks on worshippers at the Al Aqsa Compound and the attack on the besieged Gaza Strip.”

Al-Thani stressed the “need for urgent action by the international community to stop the repeated brutal Israeli attacks against civilians in Gaza and the blessed Al-Aqsa Mosque,” it added.

Meanwhile, a growing group of U.S. senators on Sunday called for a ceasefire. Democratic Senator Chris Murphy and Republican Todd Young, the senior members of a Foreign Relations panel, said in a statement: “As a result of Hamas’ rocket attacks and Israel’s response, both sides must recognize that too many lives have been lost and must not escalate the conflict further.”

In his call with Egypt’s Sameh Shoukry, Blinken “reiterated his call on all parties to de-escalate tensions and bring a halt to the violence, which has claimed the lives of Israeli and Palestinian civilians, including children”, the State Department said in another statement.

Saudi state news agency SPA reported on Sunday that Blinken also had a phone call with Saudi Foreign Minister Prince Faisal bin Farhan Al Saud to discuss the latest developments “in Palestine and in the region.”

The State Department said the two discussed “the ongoing efforts to restore calm in Israel and the West Bank and Gaza and bring the current violence to an end.”

Qatar’s Al-Thani also held a phone call on Sunday with Shoukry, in which they reviewed “bilateral cooperation relations and developments in Palestine,” the Qatari Foreign Ministry said in a separate statement.

The Egyptian Foreign Ministry said in a statement that the two ministers agreed on “the importance of working to reach an immediate ceasefire between the two sides, and they also agreed to continue coordination in the bilateral framework, as well as in regional and international ones, regarding what is in the interest of the Palestinian people and reaching a ceasefire,”

The truce efforts by Egypt, Qatar and the United Nations have so far offered no sign of progress.