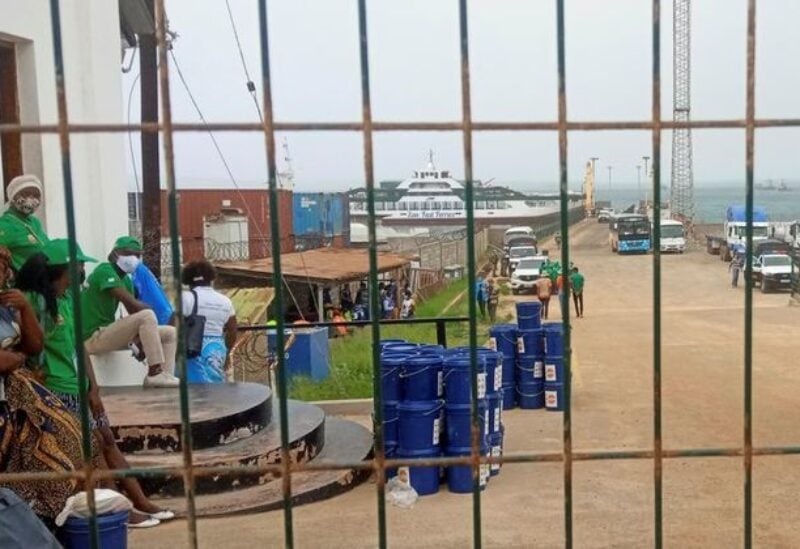 According to a Reuters reporter and a diplomatic source, a boat carrying more than 1,000 survivors of a well-organized, deadly assault by Islamic State-linked insurgents in northern Mozambique arrived in the port of Pemba on Thursday.

According to the writer, aid workers were at the crowded port to distribute food to those disembarking from the green and white ferry, while police and soldiers kept crowds of people excited to see their relatives rescued following the attack that began last week in Palma under control.

Islamist insurgents have been increasingly active in the surrounding province of Cabo Delgado since 2017, although it is unclear whether they have a unified aim or what specifically they are fighting for.

The district where Palma is located is adjacent to natural gas projects worth $60 billion. It is home to around 110,000 people according to United Nations estimates, of whom more than 40,000 sought shelter there after fleeing other attacks elsewhere.

Aid groups believe the attack has displaced tens of thousands of people, many of whom fled into dense forest or attempted to escape by sea. Hundreds, including many foreign workers, have been evacuated by air.

The fighting was continuing as recently as Tuesday, said security sources involved in rescue efforts and the United Nations, while Portugal is reportedly ready to send 60 soldiers to help train armed forces in Cabo Delgado.

Reuters has not been able to independently verify the accounts from Palma. Most means of communication to the town were cut off after the attack began last Wednesday. Phone calls to Mozambique’s government and security officials went unanswered on Thursday.

The ferry docked at around 8 a.m. local time (0600 GMT) in Pemba, the provincial capital of Cabo Delgado.

A diplomatic source with direct knowledge of the rescue operation said there were roughly 1,200 people on board, including 300 children and 400 women. The source said all those on board were people displaced by the violence.

An official at the International Committee of the Red Cross said the government was screening those arriving at Pemba to prevent infiltration by armed groups.

The government of Mozambique has reported the deaths of hundreds of people in Palma, including at least seven people who were killed when gunmen ambushed vehicles trying to flee a besieged hotel. Witnesses also mentioned seeing bodies in the streets, some of which had been beheaded.

However, the exact number of people killed and displaced is unknown.

A United Nations migration agency tracker showed that more than 8,100 people had been displaced as of Wednesday afternoon, with nearly half of them being children. Around 20% had arrived in Pemba, with the remainder arriving in the Cabo Delgado districts of Mueda, Montepuez, and Nangade.