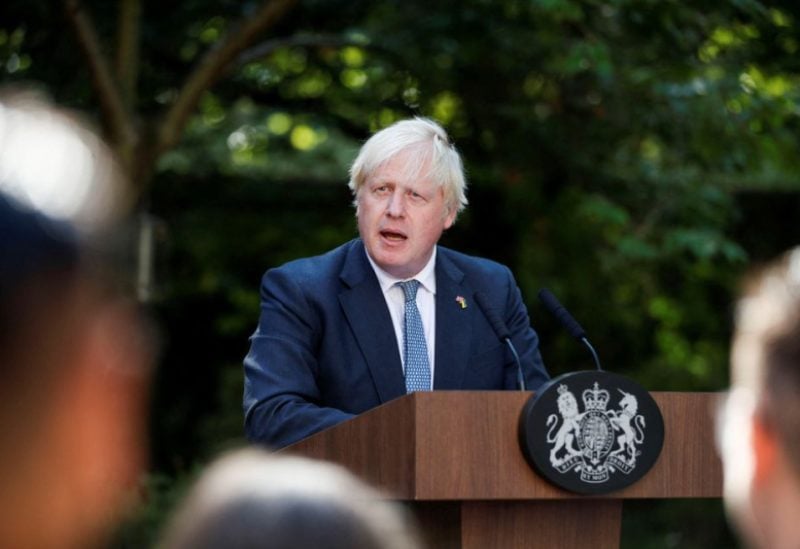 The Telegraph reported that formwer Prime Minister Borris Johnson is reaching out privately to Conservative MPs and asking them to back him for the post, as the battle to replace Liz Truss as next UK Prime Minister takes centerstage following her resignation on Thursday, reports suggest that former PM Boris Johnson is vying for a comeback.
He is even telling them only he can lead them to a win in the next elections. Johnson is also reportedly trying to make things right with former Chancellor of the Exchequer Rishi Sunak, who is now also in the race for the post of PM. Until Thursday night, Sunak was narrowly ahead of Johnson among Tory MP nominations.
Penny Mordaunt, the House of Commons leader, is also a contestant Tory MPs are favouring.
Sunak was leading on 29 Tory MP declarations on Thursday night, followed by 24 for Johnson and 11 for Mordaunt. There are several others who are trying to stand for the post, but only MPs who secure nominations from 100 of the close to 360 Tory MPs will make it into the first round.
They have until 2 pm on Monday to gather the numbers.
Sunak lost to Truss in the race to become UK PM last month and is not trying to register a win. Truss resigned only after 44 days in office on Thursday following some disastrous economic decisions that led to a market meltdown. Chancellor Kwasi Kwarteng was fired last week after which Jeremy Hunt was made the new Chancellor.
Hunt immediately scrapped most financial decisions that Kwarteng had implemented. Truss even apologised and admitted that she had “made mistakes”.
Resentment in the party starting to grow and many started to call for her resignation. But Truss said that she is not a quitter and will lead the party into the next elections. However, she could not stand against the calls for her to quit and finally resigned on Thursday.