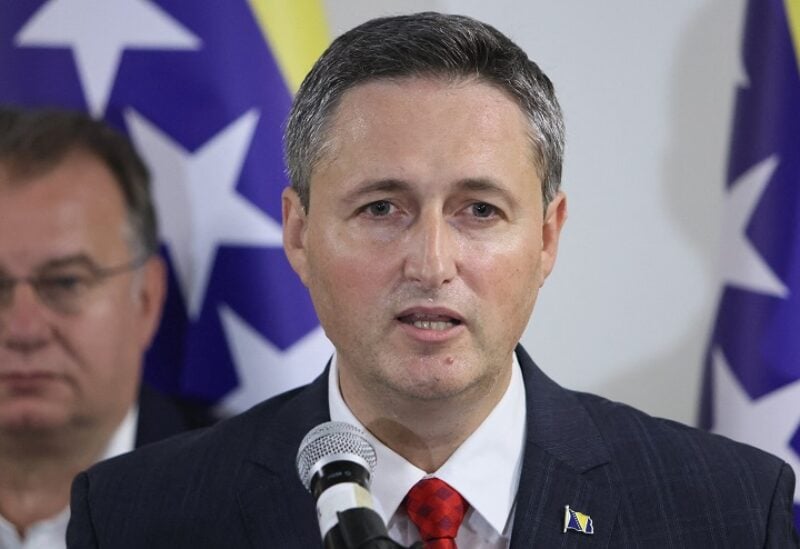 Preliminary results based on a partial vote count showed on Monday that moderate Bosnian leader Denis Becirevic was leading in the run-up for the Muslim Bosniak seat on the country’s tripartite inter-ethnic presidency.

Becirevic, from the Social Democratic Party (SDP), won 55.78% of the votes over Bakir Izetbegovic, whose nationalist Bosniak Party of the Democratic Action (SDA) has been in power since the end of the war in 1996. The latter conceded defeat late on Sunday

Becirevic was backed by 11 opposition civic-oriented parties. “It is time for a positive turnaround in Bosnia,” he said after claiming victory.

Bosnia’s election has been a contest between entrenched nationalists and economy-focused reformists.

Election authorities said early Monday Borjana Kristo of the nationalist Croatian Democratic Union (HDZ) won 51.36% of the votes for the Croat presidency member and moderate Zeljko Komsic came second with 48.64% of the votes, based on 54.73% of counted ballots.

Zeljka Cvijanovic, an ally of Dodik, won 51.65% of the votes counted in the race for Serb member of the Bosnian presidency.

On Sunday, Komsic declared victory after SDA preliminary results put him ahead of Kristo with 70.73% of the votes, based on 80% of the ballots counted. This was harshly criticised by
Croat political parties.

The commission said it would continue to update preliminary results daily as of Monday.

The election followed a campaign dominated by threats of secession, political infighting and ethnic tensions. Just an hour after polls closed, the international peace overseer for Bosnia imposed changes to the election law, to safeguard the functioning of the Federation.

The Balkan country is going through arguably its worst political crisis since the end of its war in the 1990s.

Bosnia’s president’s role is shared by one Bosniak, one Serb and one Croat, who each serve a four-year term.

Three candidates were in the running for the Serb presidency, two for the Croat and three for the Bosniak position including SDA leader Bakir Izetbegovic — the son of the first president of independent Bosnia.

Voters have also picked the deputies of the federal parliament and a string of regional and local councils.

Bosnia remains divided between two largely autonomous regions: the Republika Srpska (RS) and the Federation of Bosnia and Herzegovina (FBiH), which is shared by Bosniaks and Croats.
Bosnia’s system of government was created as part of the 1995 Dayton peace agreement, brokered by the United States, which ended the Bosnian war but gave ethnic leaders the authority to retain the status quo.

Serb secession plan delayed
RS, the Serbian part, seeks secession from Bosnia. In December it voted to withdraw its representatives from the country’s armed forces, tax system, and judiciary. The plan is currently on hold.

Long-serving Serb nationalist Milorad Dodik is seen by the West as the most destructive player in local politics and his party enjoys the support of Russia, Serbia and Hungary.

Dodik is seeking a third term as head of RS after completing a stint as one of the country’s three presidents.
The country’s Muslim Bosniaks were given the choice of voting for a disparate, 11-party coalition that is trying to unseat the rule of the mainstream SDA.

The SDA has largely dominated the politics in the tiny country for decades.

Croat nationalists have also been working to weaken Bosnian state institutions as a whole and warned they may block the formation of a government if moderate Zeljko Komsic wins the post of Croat presidency member.

Political infighting delays prospect of EU membership
More than a quarter-century after the war ended, hatred and mistrust persist.

The feuding has hobbled Bosnia’s candidacy to become a member of the European Union.

Bosnia applied in 2016 but an EU assessment said entrenched structural problems, including weak rule of law, was holding the country back.