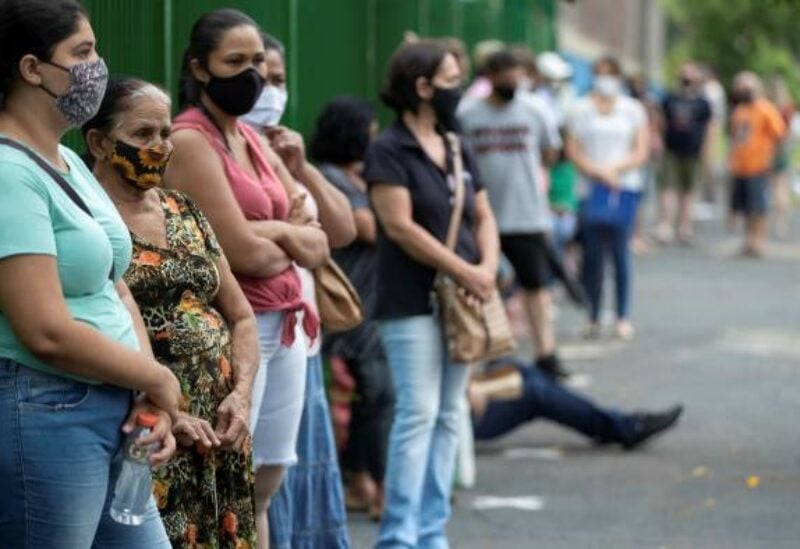 Brazil has detected a new Covid-19 variant that is similar to the one first seen in South Africa, the head of Sao Paulo’s Butantan Institute said on Wednesday.

Butantan president Dimas Covas said the patient infected with the variant had no history of travel to South Africa.

The strain has alarmed public health experts because there are questions of how effective current vaccines are against it.

Brazil is battling its own home-grown variant, called P1, which appears to be fuelling the record-breaking run of infections.

“It is a variant similar to that of South Africa, although there is no history of travel or contact with travellers from South Africa,” said Mr Covas, whose biomedical institute is run by Sao Paulo state.

“There is a possibility that it is an evolution of our P1 towards this mutation in South Africa.”

Brazil reported a daily record of 3,869 new Covid-19 deaths on Wednesday, with 90,638 new coronavirus cases in the previous 24 hours, the Health Ministry said.

Brazil is in the worst phase of its outbreak, which has already killed more than 321,000 people, the world’s second highest death toll after the US.

Slow vaccine distribution and lack of social distancing are contributing to Brazil’s caseload, which is pushing its healthcare system to the brink.

Brazil accounts for about a quarter of daily Covid-19 deaths worldwide, more than any other country.

At the first meeting of a new committee to combat the pandemic, Health Minister Marcelo Queiroga called on people to wear masks and keep social distance alongside congressional leaders.

But Brazilian President Jair Bolsonaro, who has come under fire for his handling of the pandemic, appeared unmasked after the meeting and repeated his criticism of state governments’ orders restricting economic activity to fight the disease.

In early July, Mr Bolsonaro announced that he had tested positive for Covid-19.