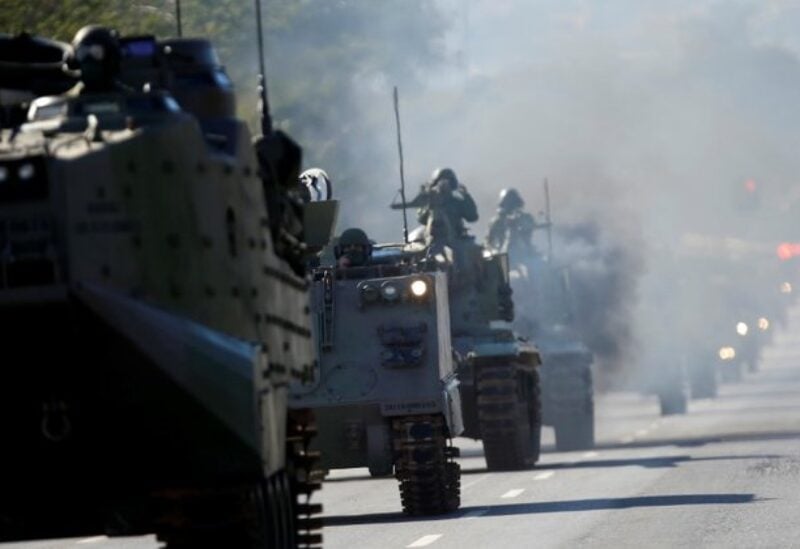 On Tuesday, the Brazilian military put on an extraordinary display of military weaponry for far-right President Jair Bolsonaro, ahead of a certain setback in Congress for his proposals to change the country’s voting system.

Hours before lawmakers are due to vote on a constitutional change backed by Bolsonaro, politicians of all shades branded the parade of naval tanks, armored personnel carriers, and amphibious vehicles a form of intimidation.

The navy said the march was organized well in advance of the lower house decision and was intended to invite the president to an annual military exercise on Sunday.

The presidential media office did not respond to a request for comment on the parade.

With his popularity flagging amid the world’s second-deadliest COVID-19 outbreak, Bolsonaro has insisted in recent weeks on adopting paper ballots for the 2022 election, based on unproven claims of fraud in Brazil’s electronic voting system.

He has threatened not to accept the results of next year’s presidential election, which polls show him losing to former leftist president Luiz Inacio Lula da Silva. Neither of them have officially announced their candidacies.

Flanked by the commanders of the armed forces, Bolsonaro stood outside the Planalto presidential palace as the military parade passed by. A Navy officer in combat gear walked up the ramp to hand him the invitation.

The sight of tanks by the presidential palace unsettled Brazilians who lived under the 1964-1985 military dictatorship.

Lawmaker Arthur Lira, speaker of the lower chamber of Congress, called the military parade ahead of a major vote a “tragic coincidence” and did not accept an invitation to attend the armed forces’ exercise.

Other lawmakers said the unusual military presence in front of the presidential palace was meant to intimidate them.

“Tanks in the street, precisely on the day of the vote on the paper ballot amendment, is real, clear and unconstitutional intimidation,” Senator Simone Tebet of the centrist Brazilian Democratic Movement party said on social media.

“Bolsonaro has turned a military training exercise into a political spectacle,” said leftist Congresswoman Perpetua Almeida, calling it a show of force in reaction to his dropping poll numbers. “This shot will backfire,” she tweeted.