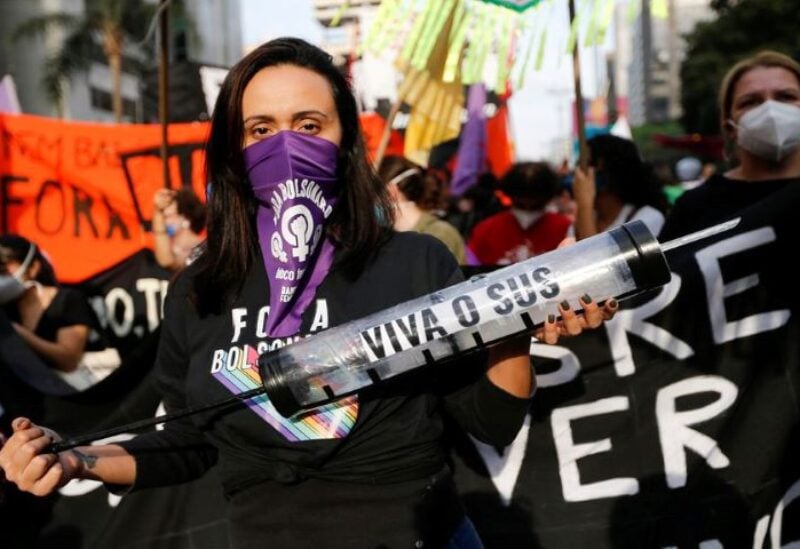 Demonstrators took to the streets in Brazil on Saturday calling for the impeachment of President Jair Bolsonaro and more vaccines to curb the coronavirus pandemic, as the country faces the world’s second deadliest outbreak after the United States.

On Friday, Supreme Court Justice Rosa Weber authorized the opening of a probe into Bolsonaro over alleged irregularities in procurement of vaccine developed in India.

The protests were originally scheduled for July 24, but were brought forward after evidence of irregularities related to that vaccine deal were presented before a Senate committee investigating the federal government’s handling of the pandemic.

Brazil’s COVID crisis has been compounded by a slow vaccine rollout.

“It was not denialism, it was corruption,” said a banner held by 71-year-old Marilda Barroso in Rio de Janeiro.

By 2 p.m. local time, protests had drawn thousands of people in at least 13 state capitals, according to local media reports. Demonstrations were scheduled to take place in 315 Brazilian cities and in 15 countries, local media reported citing the organizers of the acts.

More protests were scheduled to take place in the afternoon, including in Brazil’s biggest city of São Paulo.