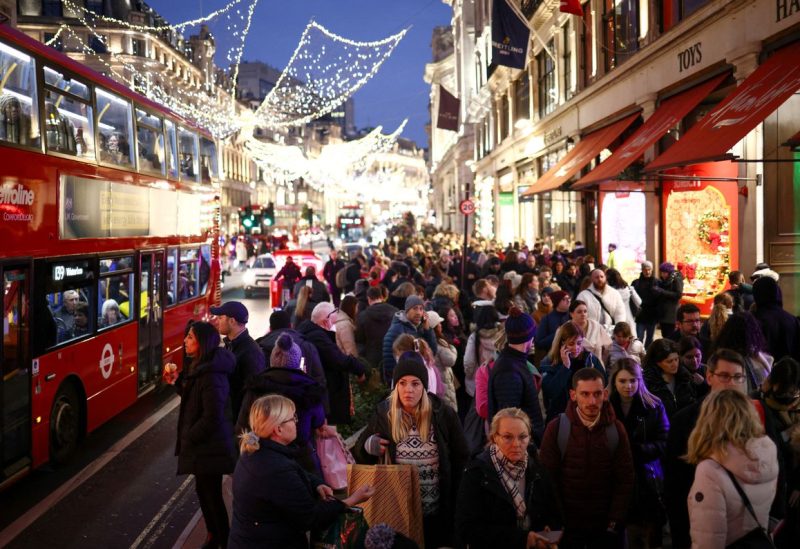 British shops have suffered a dramatic decline in sales this week, a vital time for the Christmas season, as a result of the snowy weather and the nationwide rail strike, which discouraged people from going outside.

According to the report, foot traffic at UK retail establishments decreased 7.5% from Monday to 1100 GMT on Friday.

Springboard said traffic was particularly weak on high streets – down 14% on last week.

“The impact on high streets will have emanated from a mix of employees choosing to work at home due to the rail strike, and the cancellation of shopping and leisure trips. The cold weather is also likely to have played a part,” it said.

On a year-on-year basis total footfall is down 3.8% so far this week, it added.

With UK inflation running at 10.7% and consumer confidence close to record lows, retailers were already fearing a muted Christmas trading period, with a raft of surveys showing most consumers plan to do less holiday shopping this year.

Several British retailers, including Marks & Spencer and Primark, have cautioned on the outlook in recent months, highlighting the stress felt by many households as the cost-of-living crisis eats into their finances.