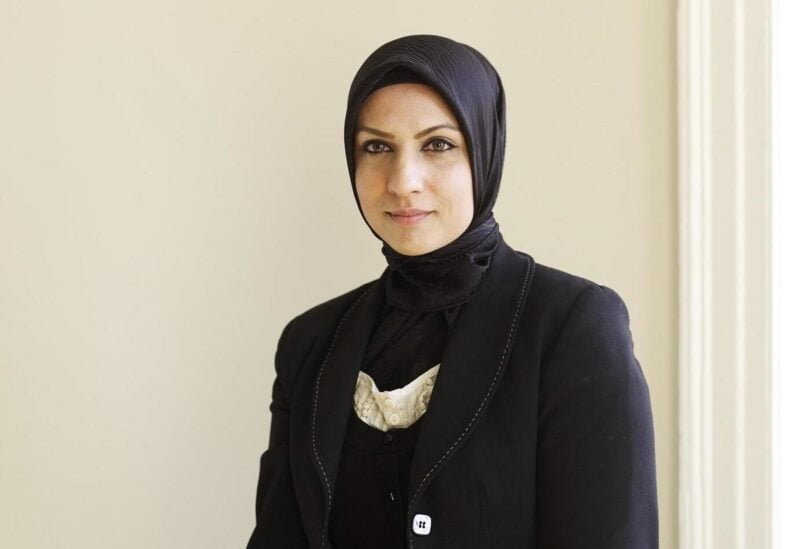 In a first of its kind, a British company has launched a range of hijabs designed specifically for female advocates to wear in court.

British hijab-wearing barristers do not have to wear the country’s distinctive white wigs in court, but until now there had been no standard for what they should wear instead.

Seeking to change this, British legal-wear designer Ivy & Normanton on Wednesday launched a series of hijabs in keeping with court-attire norms.

Coming in both black and white, the hijabs will simplify a persistent problem faced exclusively by a subset of female Muslim barristers.

“I think people aspire to be what they can see,” Karlia Lykourgou, a barrister and founder of Ivy & Normanton, told Arab News.

“To keep encouraging diversity at the bar, we have to make sure that those who don’t fit the white, male stereotype have the tools they need so other young people can see them and believe they have a place in the profession too,” she added.

“The Ivy & Normanton hijab was developed so other women could easily find a piece of clothing that expresses their identity as a Muslim and an advocate, and get on with the job.”

Sultana Tafadar, a human rights barrister at No5 Chambers, told Arab News that she has not yet tried the new hijabs, but the launch is as important symbolically as it is practically. “It’s a really great initiative — it normalizes women wearing the hijab at the bar,” she said.

Practically, the design is perfect for barristers who have to adhere to strict dress guidelines in court, and from a symbolic perspective it is important that there is an outfitter that recognizes that there are Muslim women at the bar and that they need to be catered for, Tafadar added.

“I hope this will encourage other people to come to the bar and not feel like it’s a place where they wouldn’t fit in,” she said.

Maryam Mir, a barrister at London’s Doughty Street Chambers, told Arab News: “Women now make up almost 50 percent of the bar, and the diversity stats are slowly improving as people wake up to the multiple layers of discrimination women face in their professional careers.”

She added: “I’m regularly approached by Muslim women worried that they’d never be accepted in what they perceive to be a very stuffy white male profession. To them I say, ‘Carve out your space. Make it work for you’.”