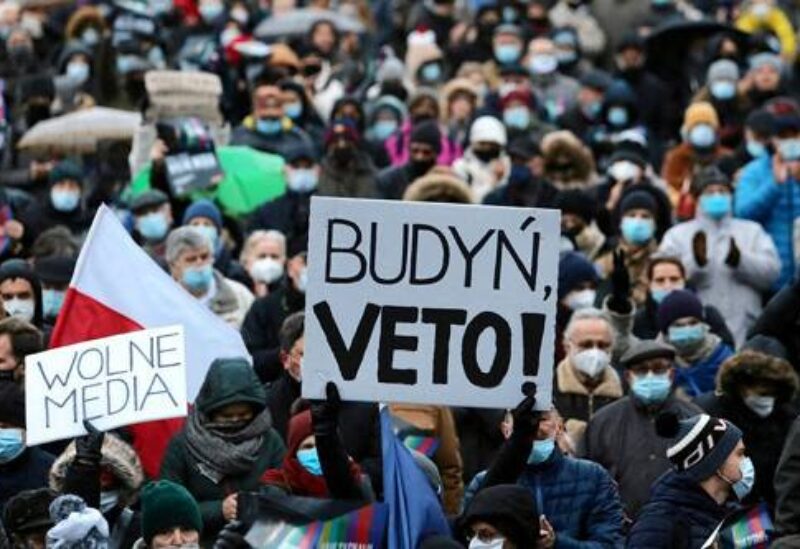 The European Union declared on Monday that a Polish law aimed at silencing a government-critical news program posed serious threats to media freedom and pluralism, according to opponents.

The proposal, which was unexpectedly hurried through parliament on Friday, would tighten regulations around foreign ownership of media, especially affecting the ability of Discovery Inc’s news station TVN24 to operate.

At a press conference in Brussels, a European Commission spokeswoman said, “We are watching the current events with alarm.”

The Commission expects EU member states to ensure their policies and laws do not undermine their commitment to ensure a free, independent and diverse media sector, he said.

The bill, yet to be signed into law by President Andrzej Duda, has soured ties between NATO-member state Poland and the United States at a time of heightened tension in eastern Europe over what some countries see as increased Russian assertiveness.

The European Commission said it would follow developments in Poland closely as the law could lead to enforced changes of the ownership structure of media companies.

“The vote that took place on Friday puts further pressure on the media sector on Poland…It may lead to limitation of media freedom in Poland where the media landscape already suffers under growing politicization,” the spokesperson said, noting nationwide protests against the bill over the weekend.

Poland’s ruling nationalist Law and Justice (PiS) party has long said that foreign media groups have too much power in the country and distort public debate.

Critics say the moves against foreign media groups are part of an increasingly authoritarian agenda that has put Warsaw at loggerheads with Brussels over LGBT rights and judicial reforms.