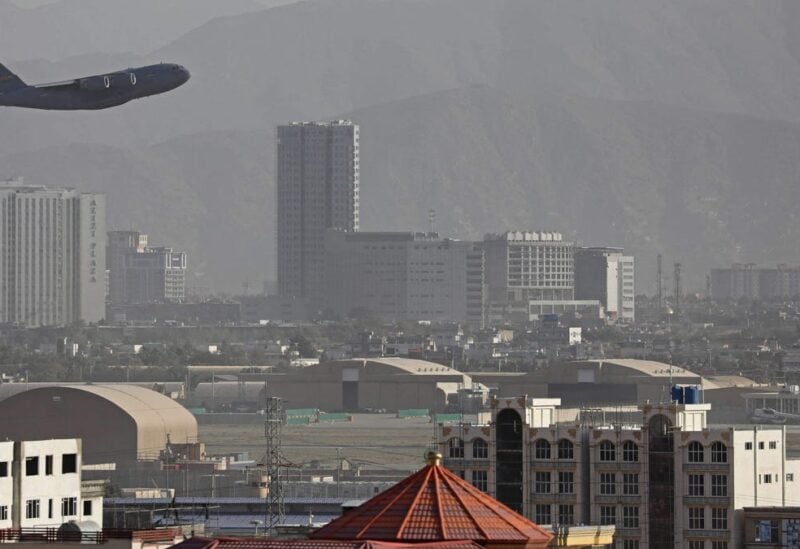 The US drone strike authorized by Joe Biden in the aftermath of the deadly Daesh-K* suicide bombing attack in Kabul, killed an innocent man and his family, according to the New York Times. CIA veteran Philip Giraldi and former Reagan administration official Dr. Paul Craig Roberts have discussed the NYT investigation.

The Pentagon drone operators struck a vehicle on 29 August, believing that it carried a Daesh-K bomb and posed an imminent threat to troops at Kabul’s airport. Following the attack, Chairman of the Joint Chiefs of Staff Gen. Mark A. Milley told reporters that secondary explosions which followed the strike backed the military’s conclusion that the car contained either suicide vests or a large bomb. The general asserted to the press that the attack was based on good intelligence and that all precautionary measures had been taken to reduce risks to civilians nearby.

However, a group of NYT investigators has cast doubt on the Department of Defense’s account of events, suggesting that the targeted vehicle carried water instead of explosives while the driver was actually Zemari Ahmadi, 43, an aid worker, not a Daesh-K terrorist. Moreover, the drone attack claimed the lives of nine members of his family, including seven children. Ahmadi, who had worked for an American aid firm for 14 years, was going to move to the US as a refugee.

Biden is Losing Control of the Afghanistan Narrative

The CIA veteran believes that the Pentagon discovered the truth shortly after the strike took place but is now engaged in doing damage control. The Afghan retreat was bad for both the military and President Biden and “they are trying to make it look like they were behaving responsibly and according to plan, neither of which is true,” according to Giraldi.

The Biden administration has been struggling to take back control of the narrative on the Afghanistan withdrawal since the Taliban’s* takeover of Kabul. For its part, the US mainstream press is subjecting the president’s Afghan setbacks to harsh criticism, in sharp contrast to kid-glove treatment Biden enjoyed before and immediately after the 2020 election.

NYT’s bombshell report reflects internal strife in the corridors of power, according to Dr. Paul Craig Roberts, ex-Assistant Secretary of the Treasury under Ronald Reagan, and former member of the Cold War Committee on the Present Danger.

“Rival factions in the government feed the media stories designed to boost them or to damage their rivals,” the former official says. “The best way to understand a NYT story is to ask, ‘who benefits?’ Success depends on controlling the explanation, implanting the ruling narrative.”

Meanwhile, the DoD appears to be in trouble following Gen. Milley assertions that the strike was based on proper intelligence. According to NYT, drone operators had not surveilled Ahmadi’s house before the strike. Instead, MQ-9 Reaper had reportedly tracked a white 1996 Toyota Corolla driven by the aid worker throughout the day.

When, in the evening, Ahmadi pulled into the courtyard of his home, the sedan was hit by a Hellfire missile. Remarkably, the following morning a similar Toyota Corolla was used by Daesh-K fighters to launch missiles at Kabul’s airport, the newspaper remarked.

It is not the first time when a US drone has hit the wrong target, highlights Dr. Roberts: “The list is long: weddings, funerals, kid’s soccer games, farmers in the field, hospitals, and schools,” he says.

In July 2010, WikiLeaks released a whopping 90,000 records of incidents and intelligence reports concerning the US’ war in Afghanistan. The military files revealed, in particular, how coalition forces killed hundreds of civilians, confusing unarmed drivers or motorcyclists for suicide bombers. The war logs also shed light on increased use of deadly Reaper drones in the country to hunt insurgents.

However, on multiple occasions US drones killed not insurgents but civilians, “farmers, merchants, miners, or – most disturbingly – children,” as Foreign Policy noted in December 2020, calling upon Joe Biden to discard the brutal drone strategy. Under Barack Obama, Afghanistan “became the most drone-bombed country”, according to FP.

The NYT investigation is likely to deal a heavy new blow to President Joe Biden, “who appears to have bungled nearly everything involved in the evacuation,” according to Philip Giraldi.

The president’s approval rating has seen a steep slide in the wake of the botched withdrawal, and is currently fluctuating between 43% and 46% in different surveys. What’s more troubling for Biden is that the latest study by left-leaning cable station CNN, showed that pessimism is growing among the American population. About 69% believe things in the country today are going badly, which is more than the 60% who shared the same view in March 2021. At the same time, 62% complain that economic conditions in the US are poor, up from 45% in April 2021.

“Biden’s rough summer puts Dems on high alert,” reads a recent Politico headline. According to the media outlet, a president’s approval rating is historically closely correlated with his party’s performance in the midterm elections. Politico recalls that the turbulent first years of the presidency of Bill Clinton and Barack Obama cost the Democratic Party 54 and 63 House seats, respectively. The question arises as to whether the Dems will be able to retain a slim majority in the two congressional chambers in 2023.