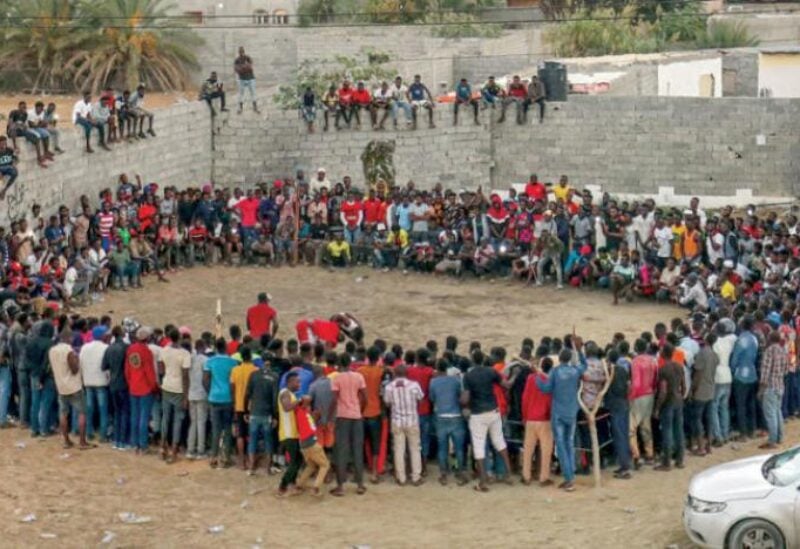 A number of African migrants in Tajoura, east of Tripoli (AFP)

Libyan rescue workers have recovered at least 15 bodies found on the coast in Sabratha including a number burned in a boat and others on the beach, a member of the Red Crescent in the city said on Friday.

A security source in Sabratha said the dead people were migrants caught in a dispute between two rival groups of people smugglers in the northwest city, a major hub for illegal migration across the Mediterranean.

Pictures shared on social media, which Reuters was not immediately able to verify, showed a burning boat on a beach with dark smoke pouring from it and what appeared to be the same vessel, scorched inside and containing charred human remains.

The country has become a major transit point for migrants seeking to travel to Europe in search of a better life, but international agencies say they face many dangers there.