By September, Ukraine’s Kherson region will be ‘liberated’ from Russia: Sergiy Khlan 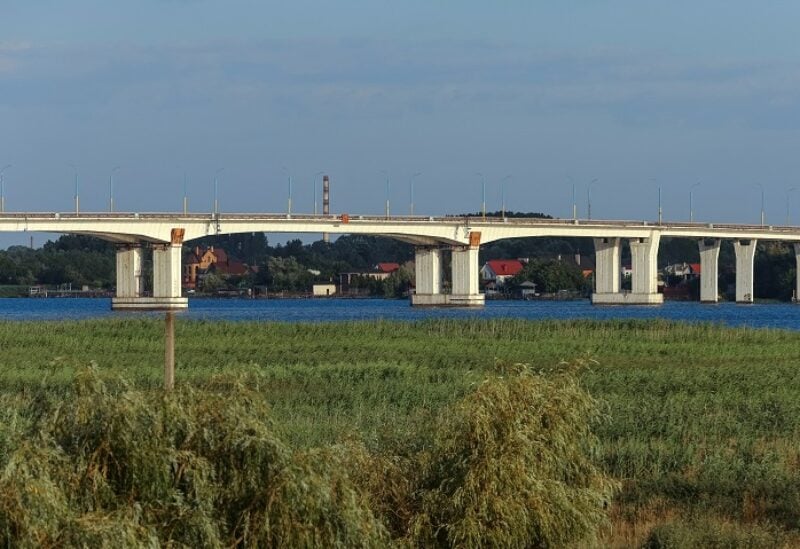 A view of the Antonivskyi bridge across Dnipro river in the Russia-controlled Kherson region of southern Ukraine, July 23, 2022. REUTERS/Alexander Ermochenko

Assistant to the governor of the Kherson region Sergiy Khlan told Ukrainian television that “we can say that the Kherson region will definitely be liberated by September, and all the occupiers’ plans will fail.” Following the delivery of long-range weaponry from the West, the Ukrainian army has recently begun regaining ground in the southern Kherson region.

Khlan stated, “We can say that a turning point has occurred on the battlefield. We see that the Armed Forces of Ukraine are prevailing in their most recent military operations. We see that our armed forces are advancing openly. We can say that we are switching from defensive to counteroffensive actions.” He claimed that Ukrainian attacks on two strategically important bridges in the area, along with assaults on Russian command centres and arsenals, were part of the preparations for a ground onslaught.
He further mentioned that Russian soldiers were having trouble deploying heavy weapons onto Kherson city and had not yet rebuilt the damaged Antonivka bridge. On March 3, Russian forces took Kherson, the principal city in the area. Following the beginning of Moscow’s military action in Ukraine in late February, it was the country’s first significant city to fall. The area, which is significant for Ukrainian agriculture, is situated close to the Crimean Peninsula, which Russia acquired in that year.