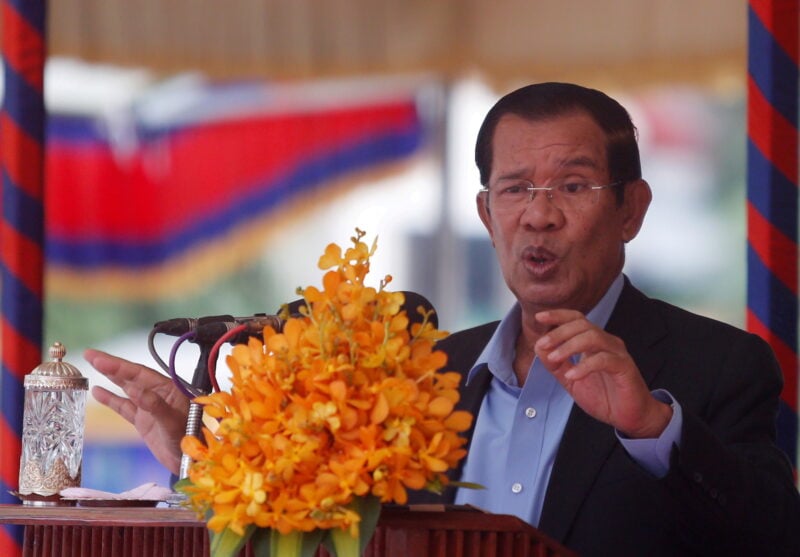 In the first visit by any government head to the Southeast Asian country since a military coup last year, Cambodia’s prime minister arrived in Myanmar on Friday

Sen will be staying in the Buddhist-majority country for two days, Cambodia’s official AKP News reported.

Myanmar’s military-appointed Foreign Minister U Wunna Maung Lwin received Sen and his delegation at the airport.

The Cambodian premier also handed over a delivery of medical equipment, including masks, goggles, personal protective equipment, face shields, rubber boots, ventilators, patient monitors, and oxygen concentrators, for Myanmar to use in its fight against the COVID-19 pandemic.

This was the third such medical assistance shipment by Cambodia to Myanmar since the pandemic broke out.

Sen had announced last month that he would visit Myanmar on Jan. 7-8 after he had met the visiting Myanmar Foreign Minister Lwin in the capital Phnom Penh.

The Burmese military, known locally as the Tatmadaw, launched a military coup in February and jailed the National League for Democracy (NLD) leadership led by Nobel laureate Aung San Suu Kyi who was sentenced last month to four years in jail.

More than 1,000 people were killed while over 5,400 others were arrested by junta forces, many of whom have been since released.