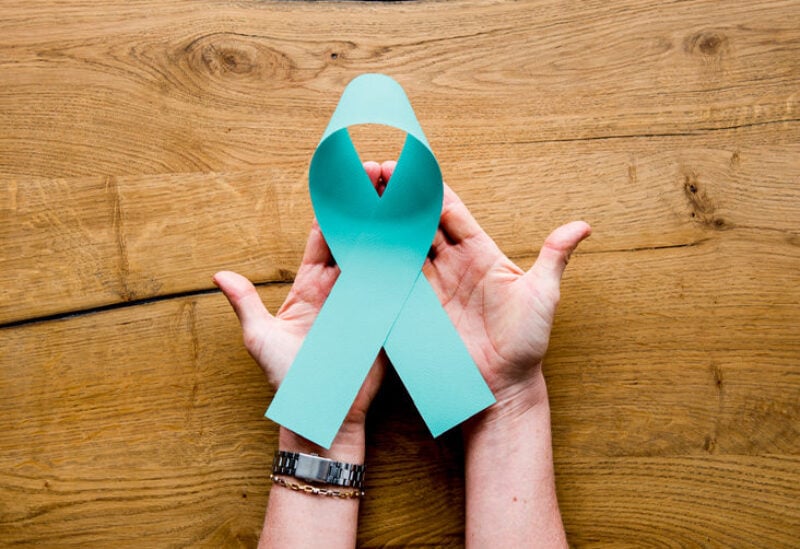 Developments in Ovarian Cancer Management gearing towards personalized medicine are helping to better control the disease and minimize relapses, announced the Lebanese Society of Medical Oncology, the Lebanese Gynecology Oncology Group, and AstraZeneca at the launch of an awareness campaign commemorating World Ovarian Cancer Day which falls on May 8th.

“With medical advances that improve outcomes for women diagnosed with Ovarian cancer emerging regularly, early and accurate diagnosis has become extremely important, making it imperative for patients to visit a specialized physician as soon as possible for necessary laboratory and genetic testing,” said Professor Nizar Bitar, President of the Lebanese Society of Medical Oncology.

“Ovarian cancer still must be initially treated in specialized centers by experts on managing this aggressive disease,” said Professor David Atallah, Vice President of the Lebanese Gynecology Oncology Group. “Treatment must be led by a multi-disciplinary team that includes gynecologic oncologists, intensivists, anesthesiologists, and oncologists, whose essential role is to triage patients towards primary surgery or chemotherapy – and to assess the disease’s genetic status which greatly impacts post-surgical outcomes.”

“Every cancer patient must be supported in his or her recovery and be able to live a full life regardless of the disease or its aftermath, which is our aim at the Barbara Nassar Association,” said Hany Nassar, President of the Barbara Nassar Association which offers adult cancer patients support group sessions, conducts awareness campaigns, and helps provide access to medication when needed.

“We are happy to join forces with the Lebanese Society of Medical Oncology and the Lebanese Gynecology Oncology Group to shed light on the importance of early – and most importantly accurate – diagnosis and management of Ovarian cancer by using the most updated laboratory and genomic testing that offer much needed hope for women living with this ruthless disease,” said Wael El Hallak, AstraZeneca oncology medical manager in the Near East.

“We thank the media for its support in helping us raise awareness of this issue; and call on women to recognize their risks and to discuss Ovarian cancer with their physicians.”

There are no tests or screening tools available for Ovarian cancer. Symptoms can often be confused with other less serious conditions. They include increased abdominal size and persistent bloating; abdominal or pelvic pain; needing to pass urine more urgently or more frequently; backpain; constant tiredness; and weight loss.1,2

Most Ovarian cancers develop after menopause, with half of all cases detected in women over 63 years old, though the disease does sometimes attack younger women.3 Established contributing factors include obesity and smoking; a condition called endometriosis; family history of Ovarian cancer;4,5 and genetics.6

About Ovarian Cancer
Ovarian cancer is the 8th most common cancer among women worldwide, with about 300,000 diagnosed annually.7 All women have at least some risks of developing Ovarian cancer. In the general population, this is around 2.7%, though certain factors can increase the risk.5 Those include mutated genes, rendering genetic tests essential for allowing patients and doctors to make informed treatment decisions.

In Lebanon, genito-urinary cancers are the second most common cancers among women after breast cancer. The Ovarian cancer incidence rate stood at 8.4 per 100,000 in 2016 according to Lebanese Ministry of Public Health statistics.8 Over 200 cases of Ovarian cancer are diagnosed yearly in the country, with an estimated 146 women dying from the disease every year.