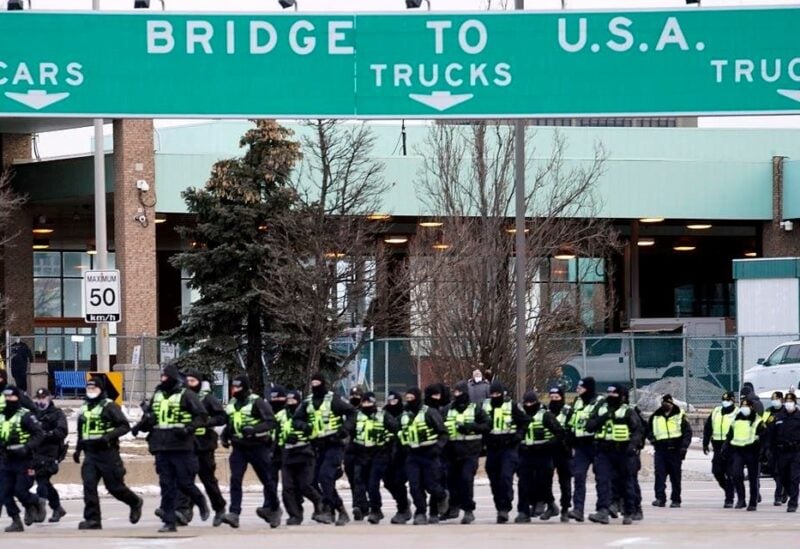 More than 12 hours after a court order to end the blockade took effect, Canadian police began clearing activists blocking a bridge connecting the United States and Canada, according to authorities.

“We urge all demonstrators to act lawfully and peacefully,” Windsor Police stated in a tweet, urging commuters to stay away from the demonstrations’ affected regions.

On the bridge, police in black uniforms with yellow vests were spotted moving behind demonstrators’ autos. From roughly 200 protesters obstructing the bridge on Friday night, the crowd has decreased.

Protests against the government’s severe pandemic measures, including vaccine mandates, have reached their third week in Canada.

On Saturday, the “Freedom Convoy” protests, which began in Ottawa, Canada’s capital, by Canadian truckers opposed to a vaccinate-or-quarantine mandate for cross-border drivers, entered their 16th day.