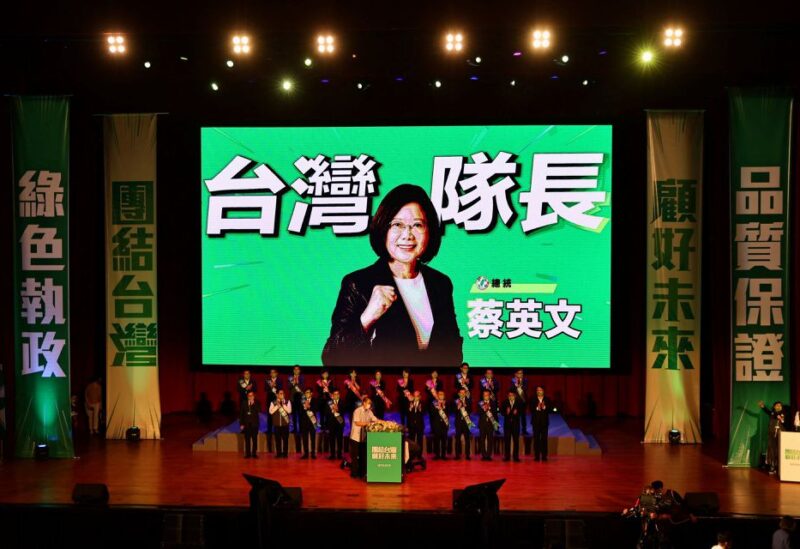 Taiwan President Tsai Ing-wen unveiled her party’s campaign for the local elections in November while praising the island’s economic fortitude in the face of international difficulties like the crisis in Ukraine and inflation.

The main opposition party, the Kuomintang (KMT), gained significant gains in the 2018 elections for mayors and council members, despite Tsai and her ruling Democratic Progressive Party (DPP) winning both the presidential and legislative elections in 2020.

Introduced as “Captain Taiwan” at the DPP’s annual congress, Tsai told the party the post-pandemic era was full of challenges and opportunities, pointing to Russia’s invasion of Ukraine and soaring global inflation.

“But we can remain confident in ourselves. Taiwan’s economic fundamentals are good, and many industries have also grasped a key strategic position in the process of global supply-chain restructuring,” she said.

While Taiwan has downgraded its 2022 economic growth forecast below 4% and may cut it again, policymakers have repeatedly pointed to continued strong exports as a positive sign, particularly of semiconductors.

Tsai, the party chairwoman, said what happened in 2018 was a “profound lesson”.

“But we all know very well that the people taught us a lesson because they want us to be better.”

Asked by reporters whether she was confident about the election, Tsai gave a thumbs-up.

The Nov. 26 poll will be a test for both parties ahead of the presidential and parliamentary vote in early 2024, and will be held against the backdrop of rising military pressure from China, which claims Taiwan as its own territory.

Taiwan’s mayoral and councillor elections are traditionally more about local matters like pollution and social issues than about Taiwan’s international position or ties with China. Tsai did not mention China.

However, Premier Su Tseng-chang, who spoke before her, criticised China’s “rude and unreasonable pressure”, quoting Tsai as saying Taiwan’s people will be unbowed.

The KMT, which ruled China before fleeing to Taiwan at the end of the Chinese civil war in 1949, traditionally favours close relations with Beijing, which has left it open to DPP attacks it will sell out the island’s freedom and democracy.

The opposition party denies this but could not shake the accusations ahead of the 2020 elections, leading to the DPP landslide.

The KMT has accused the government of being deliberately antagonistic toward China, and has accused it of letting a domestic COVID-19 outbreak get out of control this year, leading to more than 4 million infections, and for failing to deal with problems like persistent power cuts.