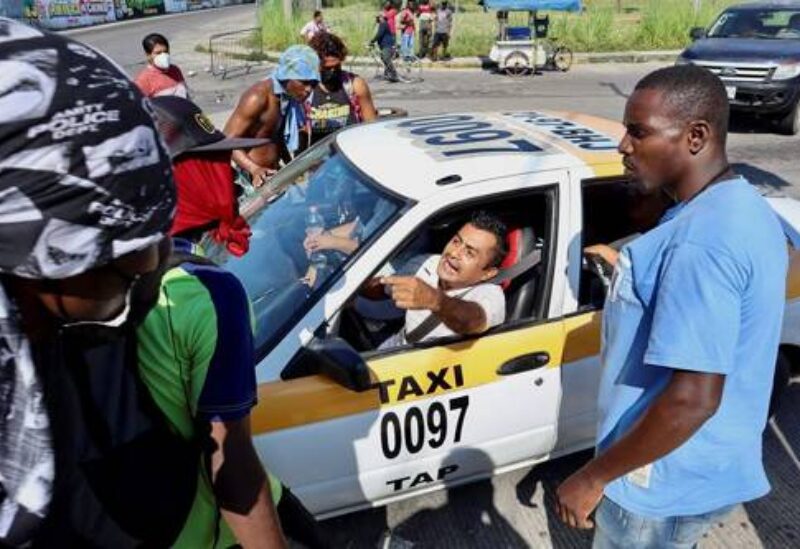 Thousands of migrants in southern Mexico have accepted a government offer to leave a caravan heading to the United States in exchange for Mexican visas, officials said Tuesday night.

The caravan is one of two large groups of migrants, many of whom are from Central America and the Caribbean, that have left the southern city of Tapachula in recent weeks to walk the long journey north toward the US border with families that include young children.

According to a joint statement from the interior ministry and the national migration institute, the migrants who left Tapachula last week accepted a government proposal to “begin the process that will allow them to regularize their legal status.”

By Tuesday, this group had progressed as far as the town of Mapastepec in the southern state of Chiapas, under the guidance of caravan organizer Luis Garcia Villagran from advocacy group Pueblo Sin Fronteras.

Garcia told Reuters that most of the migrants in the caravan had accepted the offer and officials would eventually bus them out of Chiapas, distributing them across 10 states. The government statement, however, listed nine states.

In exchange for the deal, the organizers agreed not to assemble more caravans in future, a Mexican migration official said later, speaking on condition of anonymity.

Caravan organizer Garcia denied that such a deal had been made, and the statement made no mention of it.

Migrants have repeatedly expressed skepticism about receiving documentation regularizing them in Mexico, and organizers say another caravan is already about to depart from Tapachula, a major migrant massing point close to the border with Guatemala.

Earlier, Garcia said the decision to offer transportation and visas to migrants was positive, after Tapachula had turned into a “prison” for migrants left stranded while waiting for paperwork that would let them freely transit the country.

The Mexican migration official said an earlier group of migrants from Haiti and Honduras were taken to Guanajuato state about 1,000 km (620 miles) away on Tuesday.