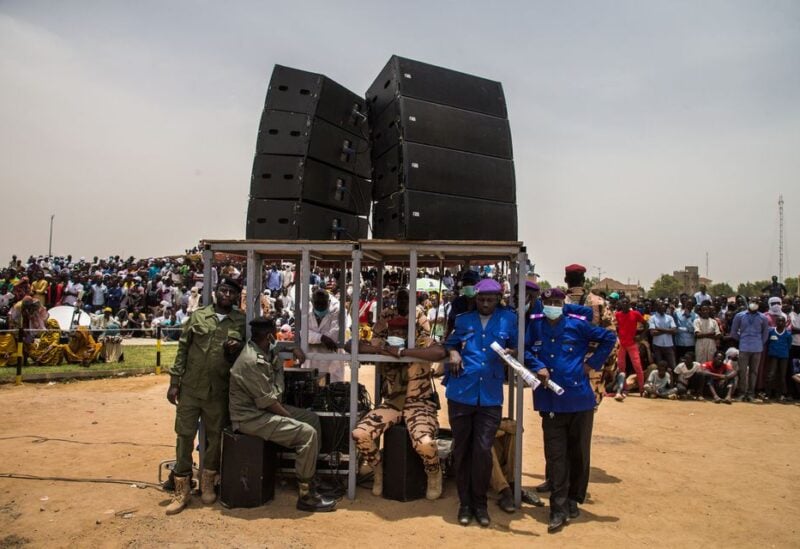 Chad’s military said on Saturday it has bombarded northern rebels “to the verge of despair” to stop an advance on the capital N’Djamena, following the funeral of President Idriss Deby who died of battlefield injuries.

Deby’s death on Monday, just after he won an election to extend his 30-year rule, shocked the Central African country which has long been a Western ally against Islamist militants. read more

A military council headed by Deby’s son, Mahamat Idriss Deby, seized power after his death, saying it intends to oversee an 18-month transition to elections. Opposition politicians and civil society have denounced the takeover as a coup and on Saturday called for organized protests.

The rebels, known as the Front for Change and Concord in Chad (FACT), came over the border from northern neighbor Libya on April 11 in their thousands, according to analysts’ estimates.

Battle-hardened from years of fighting for Libyan military commander Khalifa Haftar, the rebels may face stiff resistance from N’Djamena, a base for roughly 5,100 French troops fighting jihadists in the region.

FACT, which does not have ties to jihadists, has rejected the military transition, calling it a “monarchy”, and urged a return to democracy.

Spokesman Kingabe Ogouzeimi de Tapol said on Saturday that they were “preparing to advance” without giving more details.

But a spokesman for the military transition, Azem Bermendao Agouna, said that was not possible. “The rebellion does not even exist, it is annihilated,” he said.

Reuters was not immediately able to verify the accounts from both sides. A second FACT spokesman who asked not to be named said Chad’s airforce had been bombing their position “morning and evening” since Thursday.

He said that France supported the raids with aerial surveillance. A French official said French armed forces regularly carried out reconnaissance flights in the region but denied taking “offensive action” against the rebels.

France has helped eliminate rebel threats in Chad in the past, including in 2019 when, on Deby’s request, French warplanes bombed a rebel convoy that crossed over from Libya.

At the funeral on Friday, French President Emmanuel Macron, who sat next to Deby’s son, pledged to defend Chad. He has also called for a transition to democracy.

FACT’s leader, Mahamat Mahdi Ali, told Radio France International on Saturday that the group would be open to a ceasefire if the two sides agreed to a national dialogue.

In N’Djamena on Saturday, streets were busy and markets were open. The military presence was limited to soldiers with rifles lying in the shade of their pickup trucks at main intersections.

Despite the semblance of calm, opposition leaders, labour unions and civil society organisations have denounced the military takeover, while an army general said this week that many officers are opposed to the transition plan.

A coalition of local civil society and opposition politicians called for a peaceful protest on Tuesday in N’Djamena to demand a return to “constitutional order”.

“France clearly supports a coup,” said coalition head, Max Loarngar. Macron “has not once addressed the political demands and perspectives of the opposition and civil society,” he said.