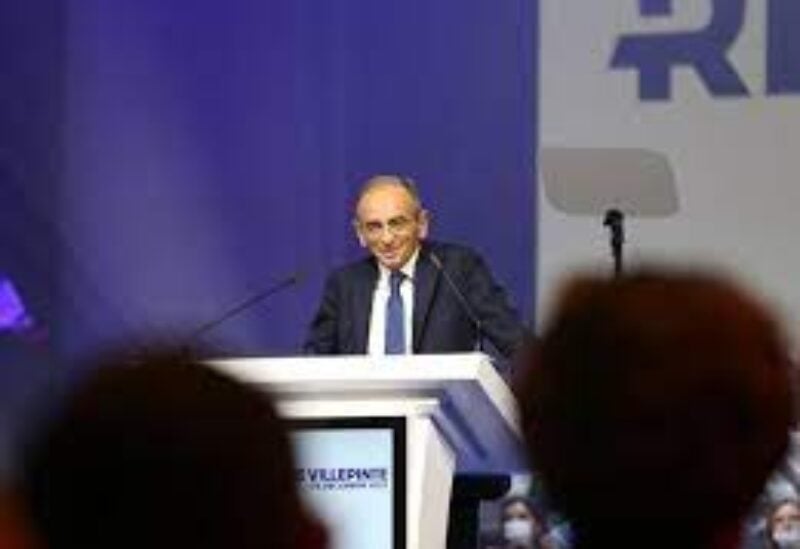 Amid fanfare and fighting, France’s far-right candidate, Eric Zemmour launched his presidential campaign on Sunday.
Thousands of supporters came came to Zemmour’s launch event in Paris. However, violent scenes soon took center-stage.
As Zemmour made his entrance, a person in the crowd lunged toward him and forced the 63-year-old into a brief headlock before being taken away by police.
Anti-racism campaigners physically attacked
At one point during the event a group of activists stood up near the front of the hall, with T-shirts that read “No to racism” on them.
They were almost immediately set upon by nearby supporters, with video footage showing them being beaten before they too were ejected from the venue.
Activists from the group SOS Racisme — a movement of NGOs which describe themselves as anti-racist — arranged the protest.
“We wanted to do a non-violent protest,” Aline Kremer told AFP. “People jumped on them and started hitting them.”
The organization said on Twitter that they were met with “incredible violence” at what they described as their peaceful protest.
The former TV pundit announced he would run in next year’s election, scheduled for April.
“The stakes are huge: If I win it will be the start of winning back the most beautiful country in the world,” Zemmour told his supporters.
Zemmour has taken a strong anti-immigrant stance, and has pledged to expel failed asylum seekers.
He was also critical of the media and said: “They are making up polemics [controversies] about books I wrote 15 years ago; they snoop into my private life, call me all sorts of names … My adversaries want my political death, journalists want my social death and jihadis want my death,” he told the crowd.
Those attending the rally were not required to show French COVID-19 health passes.This was in line with a ruling from the Constitutional Council that said the passes should not restrict access to political meetings.