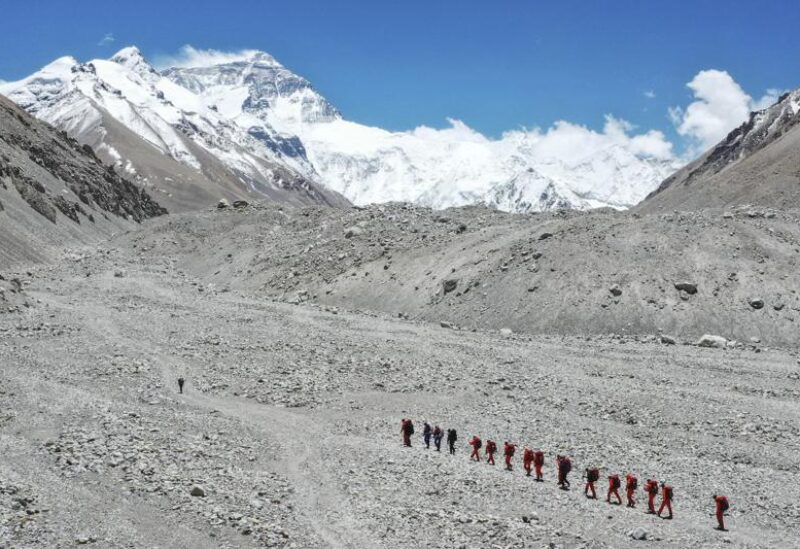 The official Xinhua news agency reported on Saturday that China has decided to cancel the 2021 spring climbing season from the Tibetan side of Mount Everest due to COVID-19 worries.

The agency cited a notice on Friday from the General Administration of Sport, following a severe pandemic situation.

The Himalayan nation of Nepal, which is so short of oxygen canisters it has asked mountaineers to bring back their empties, has issued a record 408 permits to climb Mount Everest, the world’s tallest peak, in the April-May season after last year’s shutdown.

In contrast, 21 Chinese climbers in total had secured approval for climbs in spring, Xinhua said.

State media said last Sunday that Beijing would establish “a line of separation” at the summit of Everest to prevent the mingling of climbers from Nepal and those ascending from the Tibetan side as a precautionary measure.

Mount Everest has been scaled by over 6,000 climbers since the first conquest by Edmund Hillary and Sherpa Tenzing Norgay in 1953. At least 311 people have perished on the slopes of the mountain, which is 8,849 metres (29,032 ft) high.