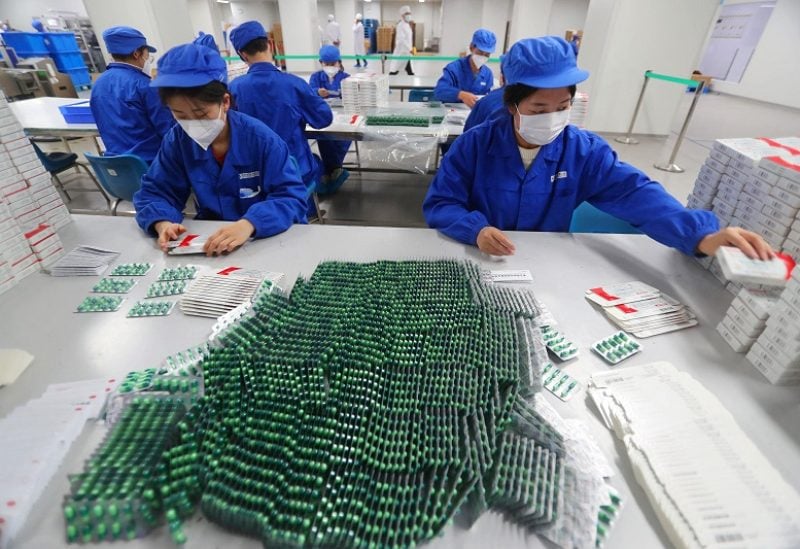 Workers pack medicine to treat symptoms of the coronavirus disease (COVID-19), at a factory of a medicine manufacturer, in Beijing, China December 11, 2022. China Daily vis REUTERS ATTENTION EDITORS - THIS IMAGE WAS PROVIDED BY A THIRD PARTY. CHINA OUT.

In a major move for the rapid turn away of the country from its zero-tolerance Covid strategy, China on Monday said that a major application used for tracking COVID-19 contacts will retire.
The state-run application called “Communications Itinerary Card”, which helps in tracking the people who have visited a high-risk area based on their mobile signal will be offline from Tuesday midnight after remaining in operation for more than two years, as per WeChat’s official post.
The application was one of the important parts of the zero-Covid policy of China, in which millions of citizens were expected to add their mobile numbers and get their signature green arrow for entering events of travelling between provinces.
The government took the decision days after it announced the end of mandatory quarantines, and large-scale lockdowns and introduced major relaxations in testing measures, taking a u-turn from its zero-Covid strategy.
According to officials, Covid cases have dropped sharply in China last month. However, Chinese health expert Zhong Nanshan on Sunday issued a warning regarding the rapid spread of the Omicron variant through the nation.
The Itinerary Card was first launched in 2020 and had an in-built four-tier system which assigned varied colours to its users predicting their level of exposure to the virus.
The application went through multiple tweaks before its tracking period was shortened from 14 to 7 days this year. This is one of the many tracking apps which have been part of people’s everyday life in China during the pandemic.
However, the retirement of the Itinerary Card was hailed by users on social media, looking at the symbolism of China closing its central tracking app.
Various screenshots of people’s “last” logins were shared on the social platform. On Weibo, similar to Twitter, one user wrote, “Bye bye, this announces the end of an era, and also welcomes a brand new one.”
“Goodbye itinerary card, concerts here I come,” said another user. Some people also quizzed about the future of the application’s large amount of data. “The Itinerary Card and other similar products mean vast amounts of personal information and private data. I hope there will be mechanisms and measures to log out and delete this,” a Weibo user wrote.