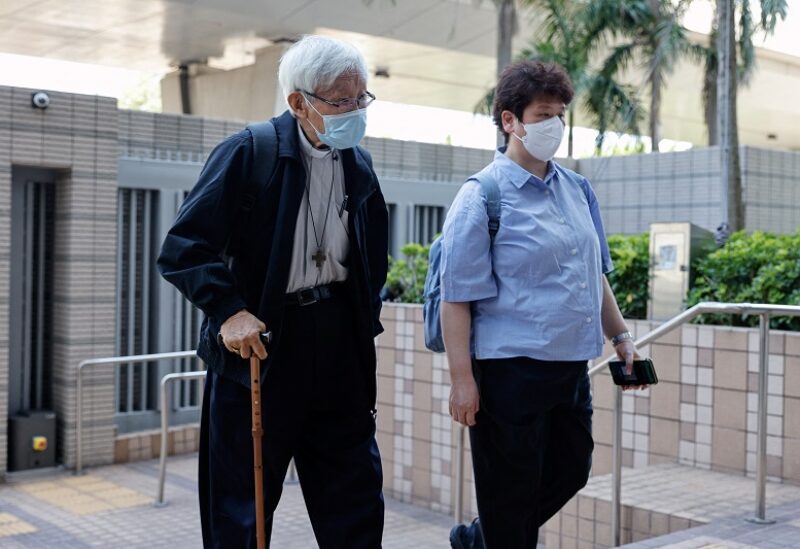 Retired bishop Cardinal Joseph Zen Ze-kiun arrives at the West Kowloon Magistrates' courts for allegedly failing to register the legal and medical fund that helped those embroiled in the 2019 anti-government protests as a society, in Hong Kong, China September 26, 2022. REUTERS/Tyrone Siu

China is seeking to minimize the possibility of a major new COVID-19 outbreak during this month’s Lunar New Year travel rush following the end of most pandemic containment measures.

The Transportation Ministry on Friday called on travelers to reduce trips and gatherings, particularly if they involve elderly people, pregnant women, small children and those with underlying conditions.

The call stopped short of asking citizens to stay home entirely, as the government had since the pandemic began, although some local governments have urged migrant workers not to return home.

China abruptly ended a strict regime of lockdowns, quarantines and mass testing in December amid growing concerns about the economic impact and rare public protests in a country that permits no open political dissent.

China on Sunday is also ending mandatory quarantines for people arriving from abroad.

The current outbreak appears to have spread the fastest in densely populated cities, putting a strain on the health care system. Authorities are now concerned about the possible spread to smaller towns and rural areas that lack resources such as ICU beds.

Overseas, a growing number of governments are requiring virus tests for travelers from China, saying they are needed because the Chinese government is not sharing enough information on the outbreak, particularly about the potential emergence of new variants.

The European Union on Wednesday “strongly encouraged” its member states to impose pre-departure COVID-19 testing, though not all have done so. The World Health Organization has also expressed concern about the lack of data from China, while the US is requiring a negative test result for travelers from China within 48 hours of departure.

China has criticized the requirements and warned it could impose countermeasures against countries using them. Spokespeople have said the situation is under control, and reject accusations of a lack of preparation for reopening.

Despite concerns, Hong Kong announced it will reopen some of its border crossings with mainland China on Sunday and allow tens of thousands of people to cross every day without being quarantined.

The city’s land and sea border checkpoints with the mainland have been largely closed for almost three years and the reopening is expected to provide a much-needed boost to Hong Kong’s tourism and retail sectors.

US Secretary of State Antony Blinken is tentatively due to make his first visit to Beijing in office this month or next, during which he will meet with newly appointed Foreign Minister Qin Gang, China’s blunt-speaking former ambassador to Washington.