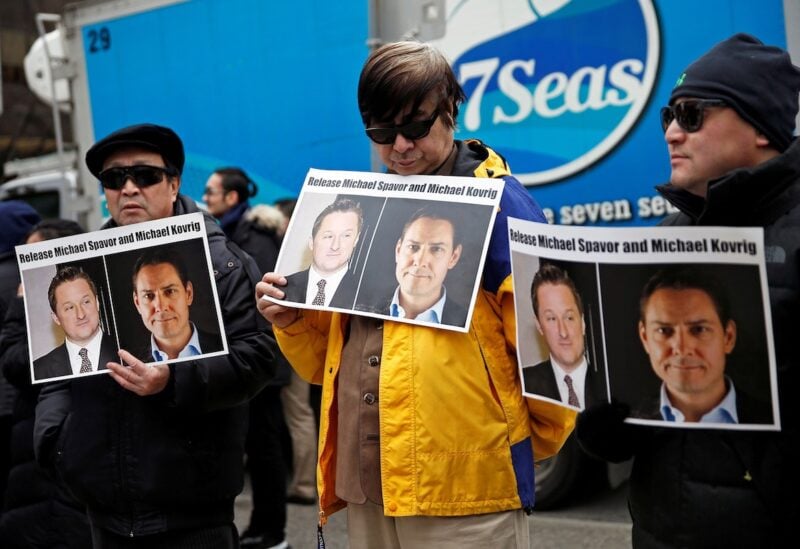 Two Canadians detained by Beijing more than two years ago on suspicion of espionage will go before Chinese courts this week and the next, Canada said on Wednesday, again ramping up diplomatic tension between Ottawa and Beijing.

China arrested the men in December 2018 soon after Canadian police detained Meng Wanzhou, the chief financial officer of telecoms giant Huawei Technologies Co Ltd, on a U.S. warrant. She is under house arrest in Vancouver as she fights extradition to the United States.

“Our embassy in Beijing has been notified that court hearings for Michael Spavor and Michael Kovrig are scheduled to take place on March 19 and March 22, respectively,” Foreign Minister Marc Garneau said in a statement.

“We believe these detentions are arbitrary, and remain deeply troubled by the lack of transparency surrounding these proceedings.”

China has a conviction rate of well over 99%, and public and media access to trials in sensitive cases is typically limited.

Beijing insists the detentions are not linked to Meng’s arrest.

In a separate statement, Global Affairs Canada spokesman Jason Kung told Reuters that Kovrig’s hearing would take place in the capital, Beijing, with Spavor’s held in the city of Dandong in the northeastern province of Liaoning.

The two men face spying charges and it is unclear how long the process may take, but “there will be a verdict,” a Canadian government source said.

“Human beings are not bartering chips,” Biden said after speaking with Trudeau by video link in February. “We’re going to work together until we get their safe return.”