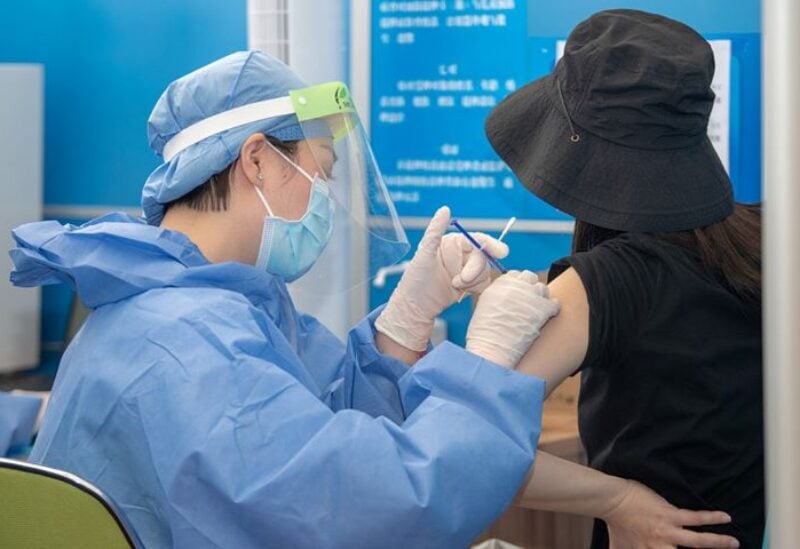 Several areas in China will start inoculating teenagers this month against COVID-19, state media and local authorities said, as the country steps up its vaccination campaign.

China, which has managed to curb in domestic infections, has administered 1.4 billion vaccine doses, or two-fifths of the global total of 3.47 billion doses.

This month, the southwestern region of Guangxi and the city of Jingmen in the central province of Hubei will start inoculating those aged between 15 and 17, and children between 12 and 14 in August, state media and local disease control officials said in reports on Tuesday.

By the end of October, authorities there aim to have fully vaccinated all eligible in the age group of 12 to 17.

China has approved two domestically developed vaccines, one produced by Sinovac Biotech and the other produced by a Beijing firm affiliated with Sinopharm, for those aged between three and 17.

The world’s most populous country, with a population of 1.4 billion, does not regularly disclose how many people have been fully vaccinated, but late last month a state broadcaster said the nationwide rate had exceeded 40 percent.

Several local authorities said this month that public places, from supermarkets to train stations, will check vaccination credentials and record personal details of unvaccinated visitors, to nudge more people to get doses.

China is expected to vaccinate at least 70 percent of target groups by the end of this year, Zeng Yixin, deputy director of the National Health Commission, told the official Xinhua news agency last month, without giving details of the groups.