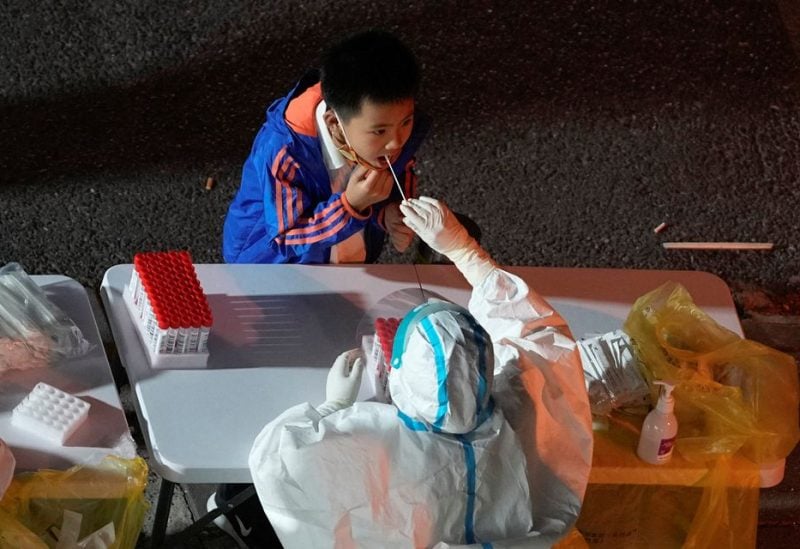 Chinese authorities should take a more targeted approach to combat COVID outbreaks and correct any extra “layers” of measures, according to the state-run Xinhua news agency, as cities grappled with tighter curbs as cases spread.

China is dealing with the highest number of coronavirus cases since April, raising concerns about the country’s zero-COVID policy, which has frustrated the public and harmed the world’s second-largest economy. According to health authority data, the number of new domestic cases increased to 8,824 on Wednesday.

China has repeatedly said it would stick to the zero-COVID policy despite the growing outbreaks but pressure is growing on the central government to rein in over-zealous authorities in the provinces fearing blame for failing to contain the virus.

Thousands of government officials have been punished for various perceived failings in the nearly three years of the pandemic.

It cited improvements in the implementation of measures in some major cities such as Zhengzhou, in the central province of Henan.

When infections were found in certain buildings in Zhengzhou only the surrounding areas were being closed and the entire community was not being “controlled indiscriminately”, Xinhua reported.

The economic costs of COVID in China, where the virus first emerged in December 2019, are being felt in most sectors.

Haima Automobile said logistics and personnel movements at its Zhengzhou base have been heavily impacted by COVID-19 since October.

This month, Apple supplier and iPhone assembler Foxconn was rocked by discontent over stringent COVID measures, with many workers fleeing the site.

In Guangzhou, a southern city of about 19 million where cases hit more than 2,000 for a third straight day on Thursday, officials have launched mass testing, for the time being resisting a city-wide lockdown.

But some residents suspect a lockdown like the one endured by the financial hub of Shanghai for months this year may be coming.

Mason Long, who works for a Guangzhou gaming company, said a full lockdown could happen, with most of the city’s 11 districts already have under some form of new COVID restriction.

“Panyu district just announced that it’s restricting travel in and out, so that’s three districts to announce that,” Long said.

“The rest of us in other districts are super worried this will be applied to the entire city and we’ll be facing a Shanghai-style lockdown. I personally think it could.”

Many people have already moved to other cities, or are planning to do so, he said.