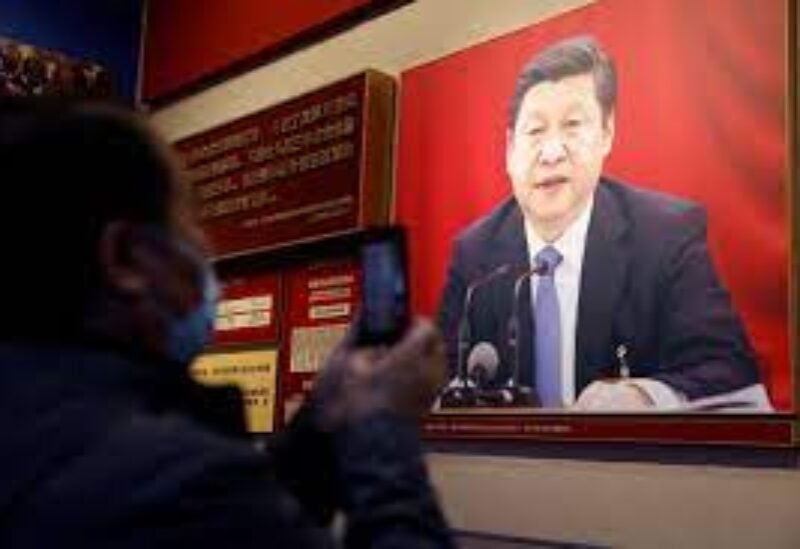 On Friday, Chinese Communist Party officials referred to President Xi Jinping as a “helmsman” and “people’s leader,” expressing their support for his continued leadership.

Xi is almost set to be re-elected as party leader for a record-breaking third time next year.

On Thursday, the party passed a “historical resolution” highlighting its achievements under Xi’s leadership and amplifying his power at the completion of a four-day closed-door meeting.

The resolution’s complete text has yet to be disclosed.

“Helmsman” and “people’s leader” were descriptions used over 50 years ago during a personality cult of Mao Zedong, who led the party to power in 1949. Party propagandists used personality cult to drum up support for the leader.

“As long as we uphold Comrade Xi Jinping as the core, … the giant vessel of Chinese rejuvenation will have a helmsman and will be able to brave any storms,” Jiang Jinquan, who heads the party’s policy research office, told a press conference about this week’s meeting, known as the Sixth Plenum.

He said Xi “fully deserves” to be called a “people’s leader”.

The party reflected on its achievements in the 100 years since its founding and concluded that it must rally around Xi more closely, according to a communique of the plenum released on Thursday.

Absent from the communique were mentions of darker moments in the party’s history, which include the Great Leap Forward, an ambitious campaign Mao started in 1958 to increase grain yields which went wrong and led to millions of people starving to death.

But a party official mentioned the Great Leap Forward at Friday’s press conference to explain why the country must not overreach when trying to solve today’s problems of reducing carbon emissions and income gap.

“In learning the lesson of the Great Leap Forward and People’s Commune campaign in the 1950s, we must seek progress while maintaining stability in our efforts to achieve carbon peak, carbon neutrality and Common Prosperity,” said Han Wenxiu, deputy head of the party’s office for financial and economic affairs.

“Even if we were to distribute the gross national income equally to everyone now, we won’t be able to achieve Common Prosperity,” he said, noting that China’s GDP per capita is not yet at the level of high-income countries.

Xi has called for China to achieve “common prosperity”, seeking to narrow a yawning wealth gap that threatens the country’s economic ascent and the legitimacy of Communist Party rule. “Common prosperity” as an idea is not new in China. It was first mentioned in the 1950s by Mao.