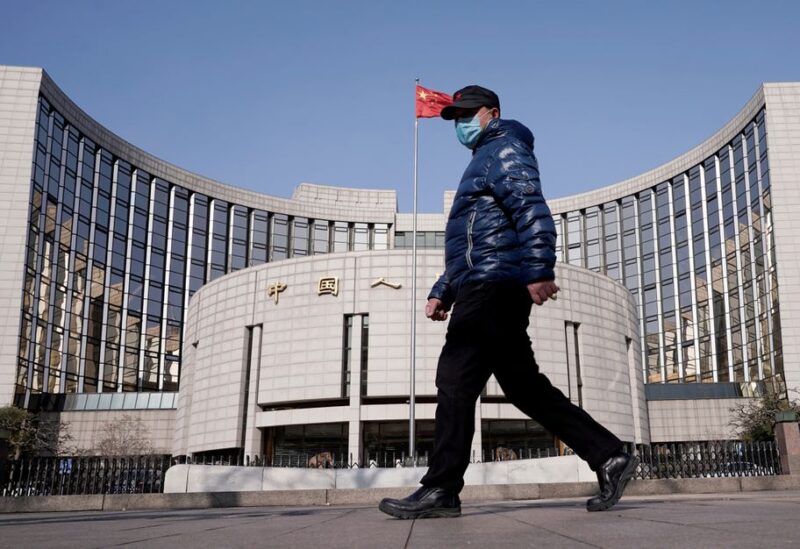 A man wearing a mask walks past the headquarters of the People's Bank of China, the central bank, in Beijing, China, February 3, 2020. REUTERS/Jason Lee

China’s monetary policy has plenty of room and resources to address new issues in the context of a weak economic recovery, including substantially reducing banks’ reserve requirements, according to a column published in the state-run Securities Times on Sunday.

The government reported on Friday that China’s economy expanded by just 0.4 percent in the second quarter compared to the same period a year earlier, a sharp decline from the 4.8 percent growth for the first three months, as widespread lockdowns to contain COVID-19 outbreaks slowed the growth of the second-largest economy in the world.

While June data showed signs of improvement, analysts do not expect a rapid recovery as China sticks to its tough zero-COVID policy, the country’s property market is in a deep slump and the global outlook is darkening.

“Looking out to the second half of the year, the foundation of our economic rebound is still not solid and economic operations still face many uncertain and unstable factors,” Sunday’s commentary said.

“In terms of coping with new challenges and changes that may exceed expectations, monetary policy has sufficient space and ample tools.”

But many analysts believe the People’s Bank of China has only limited room for further easing due to worries about capital outflows, as the U.S. Federal Reserve and other central banks aggressively raise interest rates to fight soaring inflation.

The Securities Times commentary cited China’s relatively constrained monetary policy stance during the pandemic, preemptive policies to stabilise capital outflows, including cuts in banks’ foreign exchange reserves and a more flexible yuan currency, among factors that would provide a buffer to outside shocks.

“We will … keep the yuan exchange rate basically stable on a reasonable and balanced level and proactively and steadfastly manage new challenges and new changes,” it said.