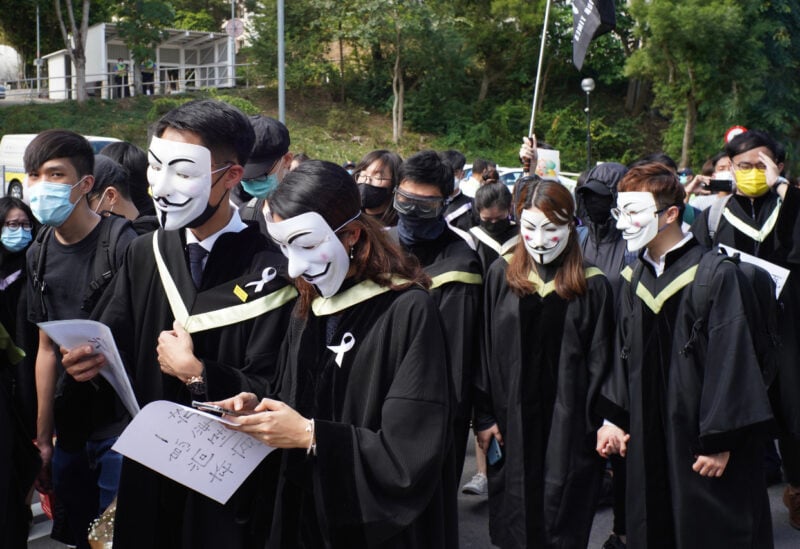 According to Human Rights Watch, the high number of Chinese students in Australian universities has produced an environment of self-censorship, with lecturers avoiding criticism of Beijing and Chinese students remaining silent out of fear of persecution.

Self-censorship has worsened as universities have adopted online courses during the COVID-19 pandemic, with Chinese students joining class from behind China’s “Great Firewall” system of internet censorship, the group said.

The trend compromised the academic freedom of all students in the class, the report’s author, Sophie McNeill, told Reuters.

In one example, an online course removed references to the bloody Tiananmen Square crackdown in 1989, she said.

Responding to the report, Universities Australia, a peak body for the sector, said universities are committed to academic freedom, and urged “any student or staff member to go straight to their university if they are being coerced or intimidated”.

Australia’s Education Minister Alan Tudge said the report raised “deeply concerning issues”, and the government would take advice from a parliamentary committee on intelligence and security.

“Any interference on our campuses by foreign entities cannot be tolerated,” he said in a statement.

In response to the report, the Chinese embassy in Canberra said “Human Rights Watch has decayed into a political tool for the West to attack and smear developing countries. It is always biased on China.”

Human Rights Watch spoke with 24 students at Australian institutions who had “pro-democracy” sentiments, 11 from mainland China and 13 from Hong Kong. It also spoke with 22 academicians.

The rights group confirmed three examples in which police in China had issued warnings to Chinese relatives about a student’s activities in Australia.

“If you protest against the CCP in another country, they will discover people you care about and force you to pay. You can do it even if you’re in Australia “Human Rights Watch spoke with a student who was not identified in the report and mentioned the Chinese Communist Party.

The student, who said he had posted “anti-government” material on Twitter, said Chinese police had issued his parents with an official warning last year.

A student from Hong Kong filed a report with Australian police after four men in masks and speaking Mandarin appeared outside his house and chased him with sticks after he spoke at a democracy rally. The student slept in his car then moved house after the incident. He is seeking asylum in Australia.

Threats by patriotic Chinese classmates, including exposing address details online, known as doxxing, and threats to report a student’s anti-China views to the embassy, were more common, the report found.

Human Rights Watch said more than half of students who experienced intimidation did not report it to their universities.

“They believed their colleges were more concerned with keeping links with the Chinese government than with not alienating CCP-supporting students,” McNeill added.

According to the research, half of academics interviewed by Human Rights Watch admitted to self-censoring in the classroom.

“Academic after academic shied away from talking about China in the classroom,” McNeill added.

Human Rights Watch demanded that the Australian government report on harassment and censorship on an annual basis, and that institutions classify students “reporting on” classmates or staff as harassment and subject to disciplinary action.