Chinese-flagged vessel runs aground off Mauritius 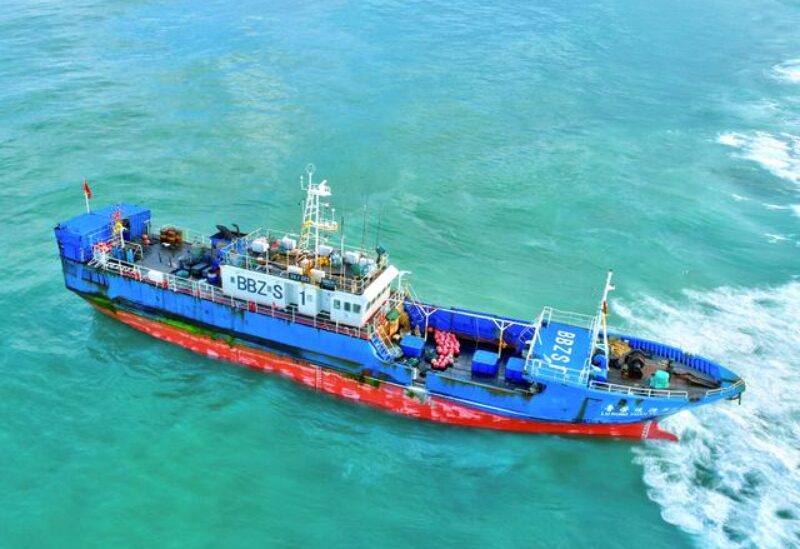 A Chinese-flagged trawler that ran aground containing 130 tonnes of oil, is seen in the Indian Ocean waters at Pointe Aux Sables, on the western coast of the island of Mauritius, March 8, 2021.

A Chinese-flagged fishing vessel with 16 crew members carrying 130 tonnes of oil has run aground off Mauritius, causing a minor leak, a minister announced on Monday.

“There is nothing to be worried about,” Sudheer Maudhoo, whose Blue Economy Ministry looks after maritime affairs, told Reuters, noting that 310 metres of floating booms were controlling the spill.

Drone footage showed dark patches in the Indian Ocean waters near the “Lu Rong Yuan Yu 588” after it ran aground on Sunday.

The incident followed July’s accident of the MV Wakashio, a bulk carrier that struck a coral reef off Mauritius and began leaking oil, thus urging the government to announce a state of environmental emergency.

Authorities brought crew members to shore. They are currently quarantined in line with coronavirus protocols.

“We hope to pump out all the fuel on board by tomorrow or the next day, then after 4 to 5 days, we will carry out a salvage operation to remove the ship,” Maudhoo added.