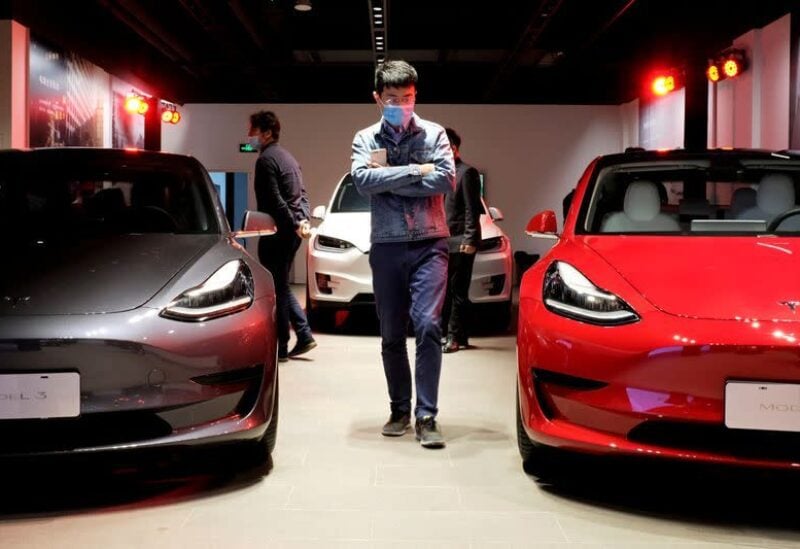 The Chinese military banned Tesla cars from entering military housing complexes, citing security concerns over the cameras installed on the vehicles, according to 2 people who saw notices of the directive.

The order issued by the military advises Tesla owners to park their vehicles outside of military property, Bloomberg had earlier reported, noting that the ban was notified to residents of military housing this week.

Separately, the Wall Street Journal reported that China’s government was restricting the use of Tesla’s cars by personnel at military, state-owned enterprises in sensitive industries and key agencies, as they could be a source of national security leaks.

It was not immediately clear whether the measure applied to all such facilities.

Tesla vehicles have multiple small cameras externally to assist with parking and self-driving. Model 3 and Model Y also have cameras embedded in the rear view mirror for driver safety that is disabled by default.

Elon Musk, Tesla top boss, has been open about the internal camera, taking to Twitter in 2019 to say: “It’s there for when we start competing with Uber/Lyft & people allow their car to earn money for them as part of the Tesla shared autonomy fleet. In case someone messes up your car, you can check the video.”

Musk has often shed light on the value of data Tesla cars can capture that can be used to develop autonomous driving functions. Other automakers are also equipping vehicles with cameras and other sensors that can capture images of objects around the car.

The move comes after a government security review of the company’s cars, the Wall Street Journal reported, citing people familiar with the effort.