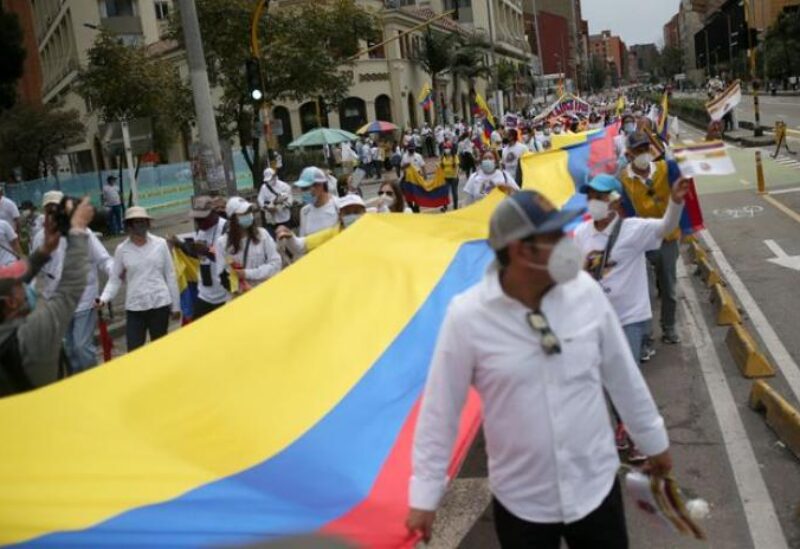 A high-ranking official told Cali on Monday that 10 police officers were investigating which allow civilians to shoot demonstrators in Cali while the prosecutor’s office linked three further murders to protests.

The Andes have witnessed over a month of protests against President Ivan Duque’s social and economic policies. The demonstrations were triggered by a tax reform now rejected.

Since the fiscal reform was withdrawn, the demands of protesters have expanded to include basic incomes, opportunities for youth, and an end to police violence.

Protests have been marked by violence. The Attorney General’s office on Monday said 20 deaths have been linked to demonstrations – three more than a previous tally – while rights groups report dozens more protesters have been killed by security forces.

An investigation has been launched to identify those who broke the law in Cali, General Jorge Luis Vargas, Director of Colombia’s National Police, said on Monday, adding that information concerning officers who may have broken the law or not performed their duties has been sent to the military justice unit.

Over the weekend Cali Mayor Jorge Ivan Ospina reported more than a dozen violent deaths took place in the city on Friday and reported armed men shooting at demonstrators in the presence of the police.

The United Nations High Commissioner for Human Rights, Michelle Bachelet, on Sunday called for those responsible for the violence in Cali to be held accountable.

“It is essential that all those who are reportedly involved in causing injury or death, including state officials, are subject to prompt, effective, independent, impartial and transparent investigations and that those responsible are held accountable,” she said.

The national strike committee has called for more protests to take place on Wednesday.