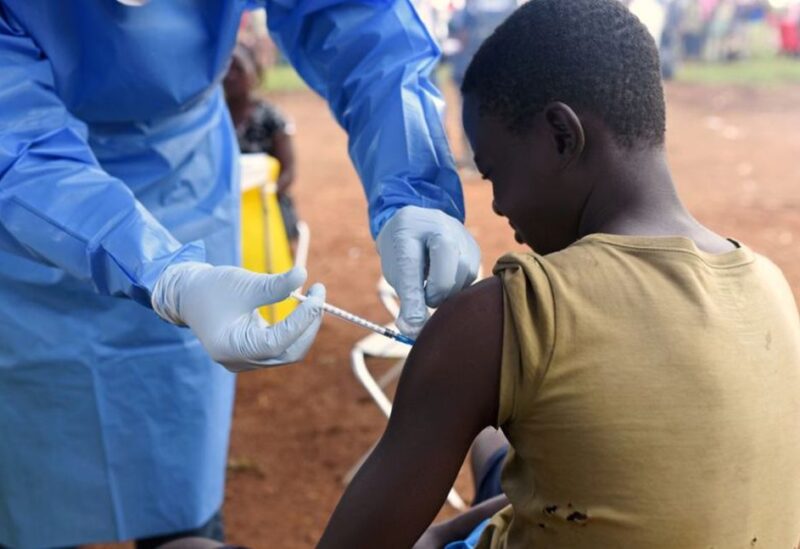 FILE PHOTO: A Congolese health worker administers Ebola vaccine to a boy who had contact with an Ebola sufferer in the village of Mangina in North Kivu province of the Democratic Republic of Congo, August 18, 2018.

The Democratic Republic of Congo released its last confirmed Ebola patients from treatment centers on Monday, health authorities reported, beginning a 42-day countdown to declaring the country free of the virus.

Monday’s release of 6 patients from treatment centers in the North Kivu region could mark the end of a month-long resurgence of the 2018-20 epidemic, which claimed the lives of more than 2,200 people before it was initially declared over in June 2020.

Twelve cases have been reported since the virus re-emerged at the beginning of February, killing 6 people. It’s been 3 weeks since North Kivu health authorities have detected a new case.

An Ebola outbreak is typically declared over once 42 days have passed, after blood samples from the last confirmed case tests negative for the probably originated in a human source rather than from the virus jumping the species barrier as it has in previous outbreaks.

Ebola can be transmitted to humans from animals like monkeys or bats. It can live on in parts of the body of survivors otherwise in good health such as breasts, testicles, the eyes and sometimes still be transmitted, for example through semen.