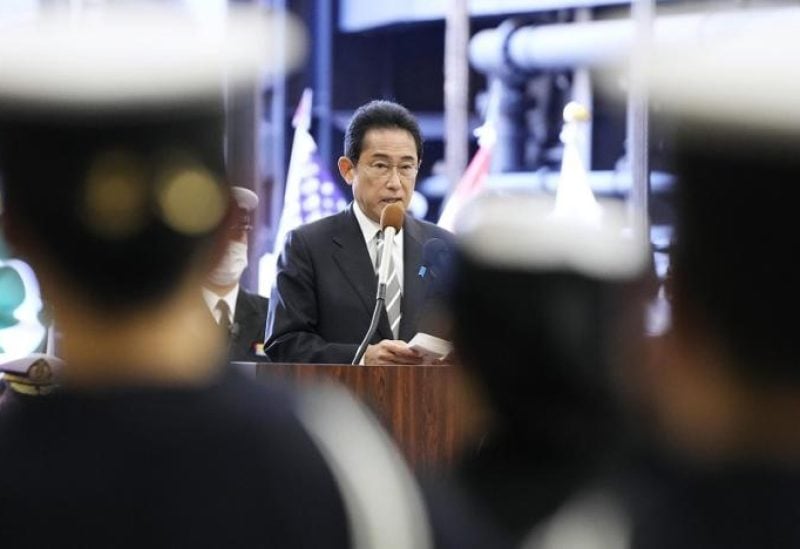 Following an invitation from President Volodymyr Zelensky, Japanese Prime Minister Fumio Kishida said on Wednesday (January 25) that he is considering a trip to Ukraine. Addressing Parliament, Prime Minister Kishida said, “Nothing has been decided at this time regarding my visit to Ukraine. I will consider this in light of various circumstances and conditions,” news agency AFP reported. He did not give any further details.

Ukrainian President Zelensky had invited the Japanese PM (to visit Ukraine) during a call on January 6. The AFP report added that Fumio Kishida’s trip would be the first time in the post-war period that a Japanese PM visited a country during an ongoing conflict.
However, Kishida’s visit to the war-torn country would pose security challenges that have reportedly been giving some Japanese officials pause. A report by the Jiji news agency said as the prime minister’s travel has to be approved by Parliament, officials are worried it may be difficult to keep the timing of the trip a secret. The report added that Kishida’s bodyguards are limited in what weapons can they carry, and there is also no legal framework to allow the Japanese military to protect the PM abroad.

In May, Japan will be hosting the G7 Summit in Hiroshima where Russia’s offensive in Ukraine is going to be one of the biggest agendas. The Japanese government has worked with its allies to sanction Moscow and boost support to Kyiv, even taking the rare step of offering refuge to people fleeing the war.

On January 14, Prime Minister Kishida said that the G7 Summit should show a strong will on Russia’s offensive and pointed out that the aggression in Ukraine was not only a European problem but also a challenge to the very rules and principles of the international community.
Kishida added that the G7 leaders confirmed they would continue tough sanctions against Russia and strong support for Ukraine. The Japanese PM also stressed the importance of standing up to the Russian invasion saying if a unilateral change to the status quo went unchallenged, the same would happen elsewhere, including in Asia.

In the latest news on the war in Ukraine, which will soon mark one year, Germany is expected to announce a decision on the export of Leopard 2 tanks which have been long sought by the Zelensky government. The announcement is set to come on Wednesday which also includes permitting other countries including Poland to transfer these tanks to Ukraine. The United States is also expected to announce sending its tanks to Ukraine.