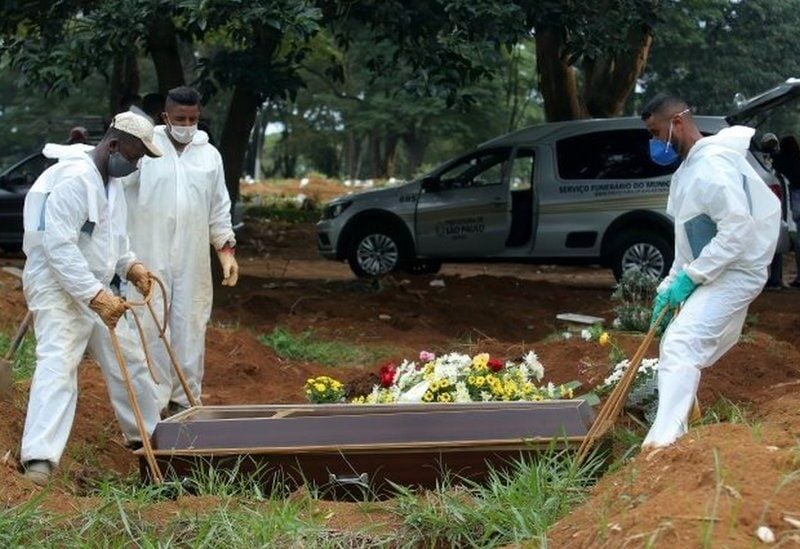 Brazil has exceeded 2,000 COVID-related deaths in a single day for the first time, as infection rates soar.

The country has the second highest death toll in the world, and U.S. Experts warn the transmission rate is made worse by more contagious variants.

Mr Bolsonaro has downplayed the threat from the deadly virus. Earlier this week, he told people to “stop whining”.

The surge in infections has put health systems in most of Brazil’s largest cities under immense pressure, with many close to collapse, Brazil’s leading public health center Fiocruz warns.

Margareth Dalcolmo, a doctor and researcher at Fiocruz said the country was “at the worst moment of the pandemic”. “2021 is still going to be a very hard year,” she told AFP news agency.

Thursday is the anniversary of a pandemic being declared by the World Health Organization. Worldwide more than 118 million cases of the virus have been recorded, and more than 2.6 million deaths.

On Wednesday, the country recorded 79,876 new cases, the third highest number in a single day. A surge in cases in recent days has been attributed to the spread of a highly contagious variant of the virus – named P1 – which is thought to have originated in the Amazon city of Manaus.

A total of 2,286 people died with coronavirus on Wednesday.

According to Fiocruz, 15 state capitals have intensive care units (ICUs) that are at more than 90% capacity including Rio de Janeiro and São Paulo.

In its report, the institute cautioned that figures point to the “overload and even collapse of health systems”.