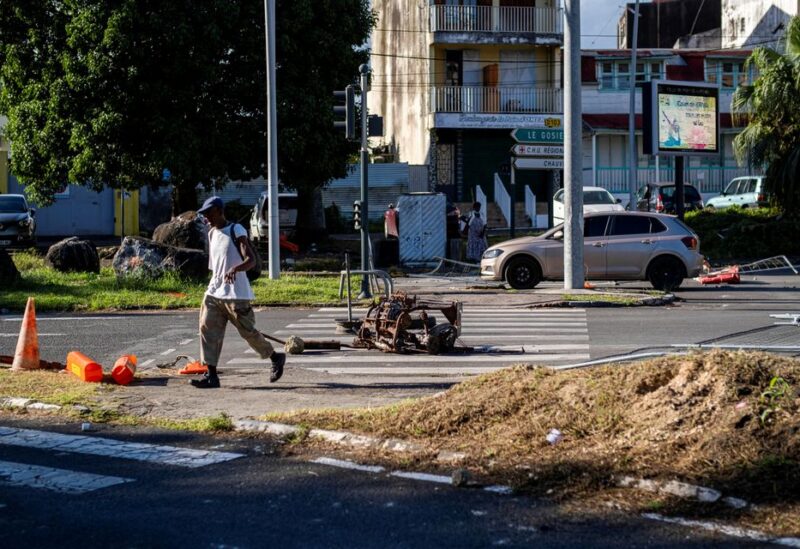 President Emmanuel Macron said violence in Guadeloupe over COVID-19 restrictions had created a “very explosive” situation, as a general strike entered a second week on Monday and many stores remained shuttered after nighttime looting.

Hours before Macron’s prime minister and lawmakers from the Caribbean archipelago were to hold crisis talks in Paris, there were signs of protests spreading to Martinique, another French overseas territory 190 km (120 miles) south of Guadeloupe.

The unrest erupted last week over COVID curbs imposed by Paris, including the mandatory vaccination of health workers and health pass rules, but it has also revealed a deeper discontent over the relationship between some overseas territories and metropolitan France.

France has deployed 200 extra police officers, including elite police commandos, to Guadeloupe to quell the unrest.

The streets of Guadeloupe’s main city, Point-a-Pitre, were unusually quiet on Monday after a fourth straight night of trouble that was less intense than previous nights. Burned out cars and debris littered streets and most shops remained closed.

Local police have arrested several dozen people and food stores and pharmacies have been looted. French media reported on Sunday that rioters had broken into an arms depot in Pointe-a-Pitre and taken rifles.

“We just don’t know how far this will still go,” the mayor of Point-a-Pitre told France Info radio.

Guadeloupe has been hit by violent protests before, but he said there were “big worries” on the island now because rioters had guns. Schools were closed on Monday.

In Martinique, roads around some of the main commercial and industrial zones were by trucks blocked at sunrise as unionised workers responded to a strike call, local media reported.