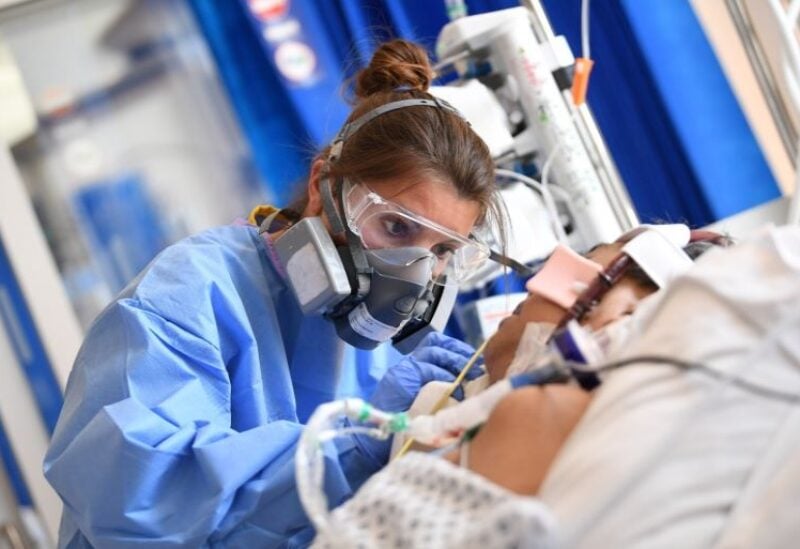 According to the most recent data, covid-related staff absences at hospitals in England have increased dramatically since Omicron seized over last month.

Since the beginning of December, the number of workers absent for Covid reasons has tripled.

The Royal College of Nursing stated that the situation was “just not safe” as absenteeism increased.

Professor Stephen Powis, national medical director of the NHS, stated that staff were under strain but were “stepping up.”

Despite the staff absences, Boris Johnson, the Prime Minister, stated there was no need for more limitations since England’s present policies were “fair and appropriate.”

Earlier this week, the prime minister stated that he thought England will be able to “ride out” the Omicron wave without additional limitations.

Each day during the week ending January 2nd, over 4% of hospital employees in England – roughly 36,000 – were absent for Covid reasons.

This was a 41 percent increase over the previous week, and thrice the 11,957 absences reported at the start of the Omicron wave in the week ending 5 December.

When additional sickness absence is included in, the total falls to 9%, which is about double what would be expected at this time of year.

However, the national data given by NHS England conceal significant regional disparities.

The north of England is home to some of the country’s most severely damaged hospitals.

Staff absences reduced very marginally in London, where data indicated a slowing in the Omicron wave after Christmas.

Prof David Spiegelhalter, a statistician at the University of Cambridge, said Covid instances among young people were increasing “quite rapidly” in the city.

He said hospital admissions in London, which has been in the forefront of the Omicron wave, appeared to be steady, but admissions elsewhere in the UK were still rising.

Prof Spiegelhalter stated that there was no evidence of a “significant rise” in the number of patients in intensive care, those requiring ventilator, or fatalities.

“We would have anticipated to see it in London and elsewhere by now, so that is incredibly comforting,” he told the BBC.

“I think we can ensure that across this wave… there will not be a large increase in really bad outcomes.”

The interruption to the NHS and other services, he added, was “critical.”

“Outside of healthcare, personnel shortages are closing stores and canceling trains, but nurses can’t stop assisting their patients,” said Patricia Marquis of the Royal College of Nursing.

“Instead, they find themselves spreading thinner and thinner, but they also can’t keep spinning plates continuously – this position is just not safe.”

According to the most recent data, more than one in every fifteen persons in the United Kingdom tested positive for Covid in the final week of 2021.

As of Friday morning, it is believed that 16 hospital trusts in England were in critical incident status, accounting for around one-eighth of the total.

When a trust is concerned that it may be unable to deliver essential priority services, such as emergency treatment, a critical event is declared. It implies it may enlist additional assistance and draw personnel from other responsibilities.

The number surpassed 20 on Wednesday night, although some have declared their critical episode ended since then, according to NHS sources.

Professor Stephen Powis, national medical director of the NHS, stated that Omicron meant “more patients to treat and less people to treat them.”

“While we don’t know the entire extent of the possible effect of this new strain, Covid cases in hospitals are at their highest since February last year, putting even more burden on hardworking staff.”

“Those employees are doing what they normally do,” he added.

Approximately 1,800 armed military troops are assisting the NHS in its response to the epidemic across the UK.

However, it has not been enough to prevent performance from degrading, with the most recent numbers indicating significant waits for ambulance staff outside hospitals.

Within 15 minutes of arrival, ambulances should be able to hand over their patients to A&E professionals.

However, in the week ending January 2nd, 23% waited more than 30 minutes.

This is similar to what was reported before Christmas, but it is higher than the percentages recorded before the epidemic began, when 18 percent of ambulances were experiencing delays at this time of year.

Meanwhile, travel regulations in the United Kingdom are evolving. Fully vaccinated visitors coming in the UK no longer need to undergo a pre-departure test and are no longer required to isolate while awaiting their post-arrival PCR result.