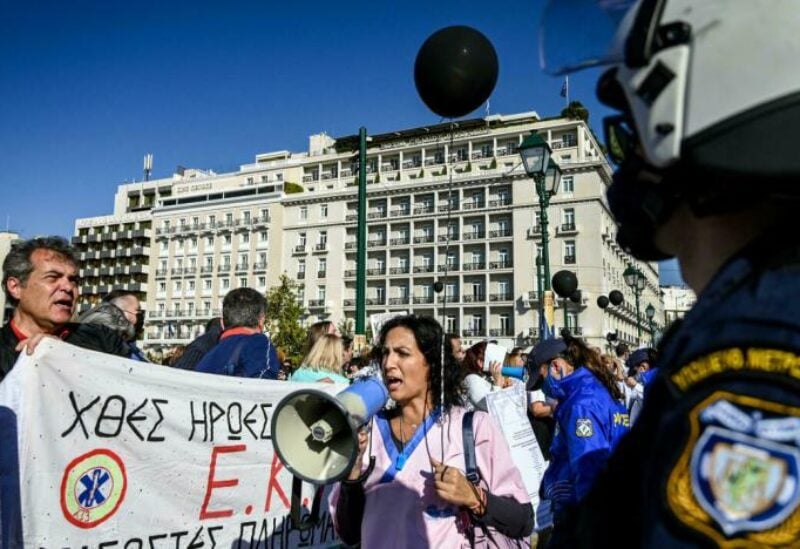 Greece is experiencing a fourth wave of Covid, Prime Minister Kyriakos Mitsotakis warned Tuesday as daily infections hit their highest since the pandemic began, with hospitals starting to buckle under the pressure of rising infections.

The country notched up a record 8,613 new Covid-19 cases in 24 hours, the National Organization of Public Health said, after cases more than doubled in less than a fortnight.

Forty-six people died of the disease on Tuesday, after 65 a day earlier, reported AFP.

“We are facing a fourth wave,” which “mainly concerns the unvaccinated,” Mitsotakis said Tuesday evening after talks with his visiting Dutch counterpart Mark Rutte.

He said the government was “focused on increasing vaccination numbers” and “taking measures without resorting to a lockdown”.

The north of the country, where inoculation rates are lower than in other regions, has been the worst hit in recent days.

In the second city of Thessaloniki, management at a key hospital fighting Covid said it was overwhelmed with patients.

Nikos Kapravelos, head of the emergency department at the Papanikolaou Hospital, at the weekend warned against a new spike similar to during the second wave in November last year.

Health authorities on Friday made Covid passes mandatory for open-air restaurants and cafes, as well as indoor public spaces.

However, in several regions, the measures are not being respected, especially in some Orthodox churches where images in the media have shown maskless worshippers kissing icons and not observing social distancing.

Father Timotheos, spokesman for the Holy Synod of the Church of Greece, on Monday claimed on Mega TV that “sacred icons do not transmit the virus or disease”.

Senior health ministry official Marios Themistokleous on Monday warned cases were on the rise in Greece, even if 61.2 percent of the population had received two vaccination jabs.

He said appointments for a first dose of the Covid vaccine had increased sharply in recent days.