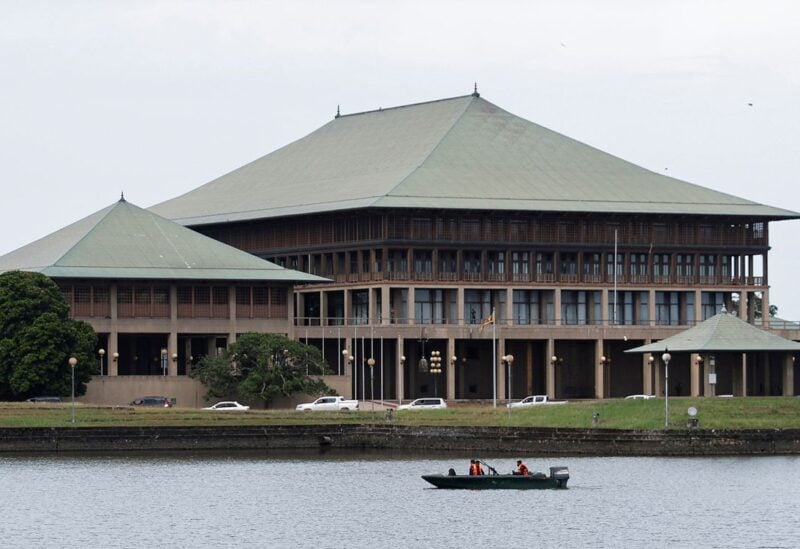 Security personel patrol in a boat in the premises of the Parliament building, amid the country's economic crisis, in Colombo, Sri Lanka July 16, 2022. REUTERS/Adnan Abidi

Sri Lanka swore in 37 junior ministers on Thursday, including two for the critical finance ministry, according to the president’s office, in a major expansion of the crisis-hit country’s government.

The 22-million-person island is experiencing its worst economic turmoil since its independence from Britain in 1948. Foreign exchange reserves have fallen to historic lows, leaving the country unable to pay for critical imports such as fuel, food, and medicine.

While President Ranil Wickremesinghe remains finance minister, lawmakers Ranjith Siyambalapitiya and Shehan Semasinghe were sworn in as state ministers in the finance ministry.

Sri Lanka secured a staff-level agreement for a $2.9 billion bailout from the International Monetary Fund (IMF) earlier this month but faces an uphill battle to negotiate repayments of billions of dollars with creditors.