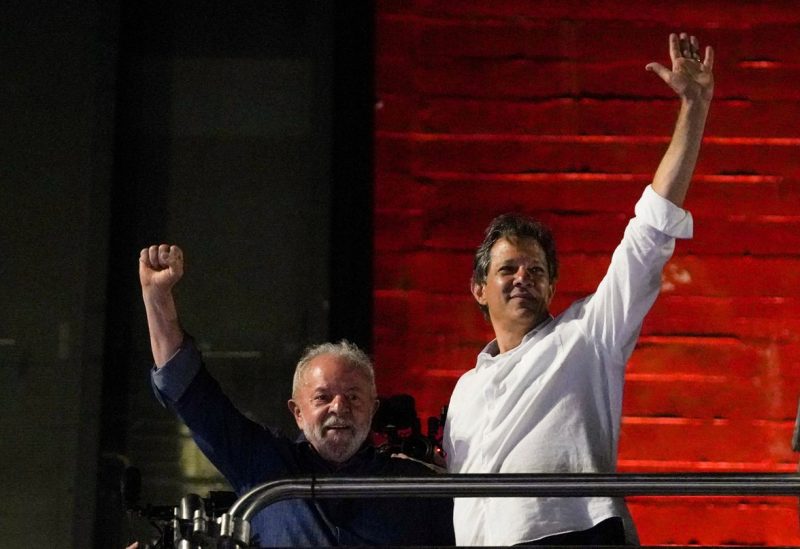 One of the main targets has been Fernando Haddad, the minister of finance. A supporter of Lula, he ran for president in 2018 as the left-leaning Workers Party candidate, but lost. On Wednesday, his hometown newspaper, O Estado de S. Paulo, referred to him as a “decorative minister.”

Haddad, a former mayor of Sao Paulo, took office vowing to restore public accounts and with the challenge of presenting a credible fiscal framework after Congress passed a giant Lula social spending package.

Lula has said erasing poverty and hunger will be the “hallmarks” of his government, leading to fears of rampant spending and scant fiscal discipline.

Markets reacted badly to Haddad’s first days in office, especially after Lula ordered a budget-busting extension to a fuel tax exemption which Haddad had publicly opposed.

“Haddad learned on his first day in office that he will be a decorative figure, a sort of task worker for President Lula,” the conservative daily said in an editorial.

The paper, which did not shy away from criticizing former far-right President Jair Bolsonaro, added Haddad had been “discredited from day one” and should learn to say “no” to Lula.

Analysts at Citi said on Tuesday that despite Lula and Haddad’s first speeches in office being consistent with their baseline scenario, both sounded less pragmatic and fiscally responsible than initially thought.

“In general, they have given off the impression of a government that is tone deaf – at least with respect to the types of tones that financial markets want to hear,” FX strategists at BMO Capital Markets told clients, adding that their comments could lead to a situation in which “inflation will reassert itself and rate cuts will be out the window.”

The Brazilian real has fallen by 3.8% against the dollar in the last three sessions, hitting its lowest level since July 2021, while the benchmark stock index Bovespa has dropped roughly 5% so far this year.

On Wednesday morning trading, both were little changed.

Much of the equities market’s recent drop came on the back of state-run oil giant Petrobras, whose shares are down roughly 9% so far this year on fears of a more interventionist stance in the company.

Senator Jean Paul Prates, who was named by Lula to head the firm, has been advocating for higher Petrobras investments in renewables and refining and said he plans to tweak the firm’s investor-friendly fuel pricing policy, which pegs local fuel to international prices and foreign exchange rates.

On top of that, markets were also rattled by remarks by Lula’s social security and labor ministers on Tuesday.

Minister Carlos Lupi baffled the market with his comments that the country’s social security system was not in deficit, despite Treasury figures showing an accumulated January-November deficit of 267.9 billion reais ($49 billion).

That was compounded when he said Lula’s government would need to review the investor-friendly pension reform approved by Bolsonaro’s administration.

Their remarks showed “the government remains in the path of reversing liberal reforms passed by the last two presidents,” analysts at Guide Investimentos said.