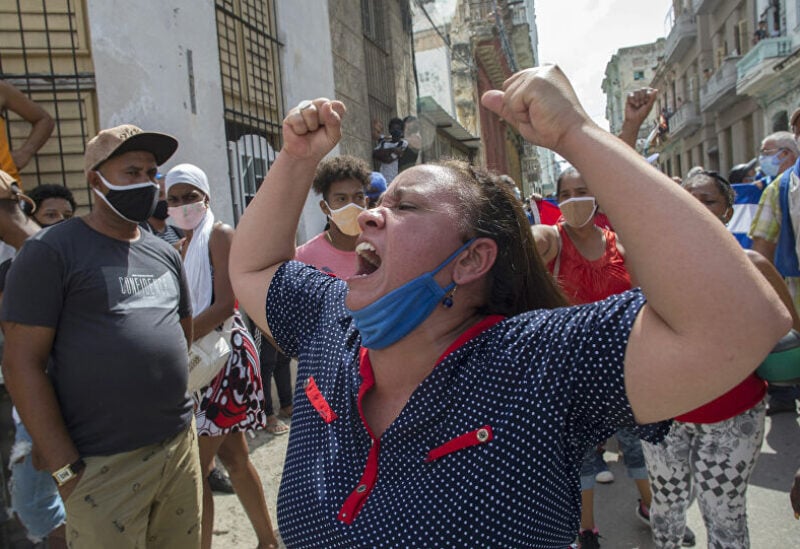 Cuban President Miguel Diaz-Canel said that many people who filled the streets of the country’s cities on Sunday to protect Communism, were injured in clashes with opposition activists.

“They are protecting their motives and their truth. We have many colleagues, many such people who were injured: they were beaten and suffered from thrown stones,” Diaz-Canel said late Wednesday, quoted by the Caribe broadcaster.

The president stressed that during the opposition protests multiple calls were disseminated via social networks demanding violence against supporters of the Communist government.

Thousands of Cubans took to the streets on Sunday demanding free elections and a resolution of social issues. According to local media, protests and gatherings took place in eight Cuban cities, including in the capitol city of Havana. In response, government and Communist Party supporters held their own marches.